The Automobile Dealers Union of Ghana, Importers of vehicles into the country say a recent engagement between the Finance Ministry and stakeholders within the trading space on the issues surrounding the reversal of the reduction in benchmark values policy, will not amount to much.

The said meeting which was held on Thursday, January 6, 2022, and chaired by Finance Minister Ken Ofori-Atta, saw about 8 different trade unions including the Ghana Union of Traders Association (GUTA), the Association of Ghana Industries (AGI), and the Importers and Exporters Association of Ghana among others, largely arguing for the scrapping of the revised benchmark value policy.

This followed the troubled implementation of the reversal of the reduction in benchmark values policy on Tuesday January 4, 2022 and the subsequent deferment of the implementation till the 6th of January, 2022.

Commenting on the said meeting, General Secretary of the Automobile Dealers Union, Clifford Ansu said the meeting was not going to yield any positive results for the importing community. 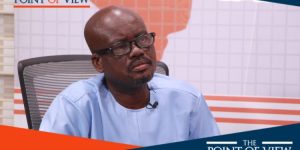 “When this benchmark value reduction policy was introduced, the government also introduced a special import levy of 2.5% on duties charged at the ports. The government also brought in Africa Union Levy and network charges as well. When you put the charges introduced together, they exceed the 30% reduction for vehicles introduced in 2019. Now it looks like the 30% discount we enjoyed is going to be taken away from us which will ultimately increase the prices of imported cars. The situation is very bad. Meeting GUTA on this matter at this time is not necessary. This is because GUTA earlier met with the Finance Ministry and held several discussions on this matter. The government did not listen to the proposals made by GUTA back then. They went ahead to introduce the revised policy. Meeting them again will not lead to a reversal of the policy.”

Mr. Ansu however charged the Ghana Revenue Authority to prioritize scrapping nuisance taxes in their line of work.

“Some of the tax components that affect vehicle importers have to be removed. Like the network charges on all the taxes. You are paying a network charge on National Health Insurance, COVID-19 Recovery Levy, African Union Tax, among others. These network changes need to be removed. We want the whole policy reversal to be scrapped. Even after scrapping the reversal, they must make sure new taxes are not introduced into the system.”