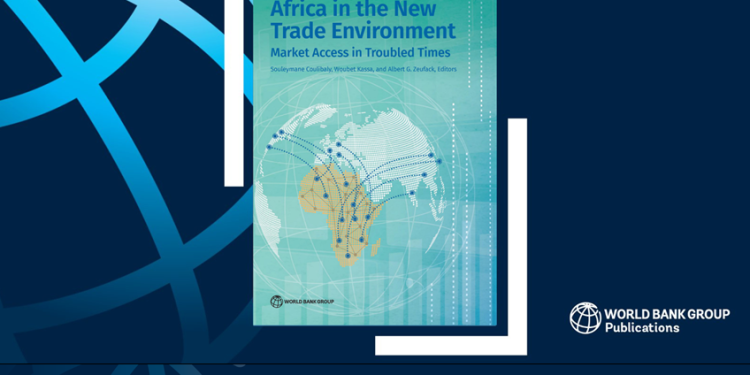 The World Bank is urging African countries to expand and diversify their participation in international trade and global value chains to reduce poverty on a large scale and transform their economies.

According to the Bank, the continent must go beyond trade in raw materials and link its production and trade to the global economy to take advantage of the unlimited demand and innovation along the supply chain.

In a new World Bank publication titled ‘Africa In the New Trade Environment: Market Access in Troubled Times’, the Bank stated that this requires comprehensive and dynamic efforts that bolster Africa’s export market access and diversifies its markets to new regions and new products while also strengthening regional trade.

“The global econ­omy is a source of growth that African economies cannot afford to ignore. While African exports of goods and services have seen their fastest growth in the past decade, the volumes remain low at just 3 percent of global trade. The time is ripe for policymakers to expand their thinking beyond traditional approaches and traditional markets if they want to play an active role in international trade in the 21st century,” said Ousmane Diagana, World Bank Vice President for Western and Central Africa.

The book notes that unilateral trade preferences have the potential to promote economic transformation through exports and calls for evaluating and re-engineering trade with traditional partners. Utilization rates of many African countries for the existing trade preferences -such as African Growth and Opportunity Act (AGOA) and Everything But Arms (EBA) are systematically low.

This is evident on AGOA shows that natural resources, mainly oil, account for the bulk of African exports.

There is a need to integrate unilateral trade preferences with other efforts to deepen trade and investment between Sub-Saharan African (SSA) countries and the OECD countries, mainly the US and the EU, the book emphasized.

This includes integrating preferences with foreign aid policy instruments to address structural challenges limiting export capacity. Recent initiatives such as Compact with Africa (CwA) with a strong focus on improving the business environment, building infrastructure, and promoting effective regulations and institutions appear to be in line with this comprehensive approach.

Over the past decades, trade relationships between Sub-Saharan Africa and Asia have expanded, and for some SSA countries their key trading partners are increasingly becoming China, India, and Indonesia, replacing EU, US, especially after 2010.

“African countries need to undertake bold domestic structural reforms to scale up the supply capacity of the region. This can be achieved by improving digital and physical connectivity, maintaining smart macroeconomic management with stable and competitive exchange rates and low inflation, and increasing the efficiency of regulatory, legal and judiciary institutions,” said Albert Zeufack, World Bank Chief Economist for Africa.

The book further highlights that the approach to strengthening integration for a successful AfCFTA should focus on:

· strengthening political cooperation – such as harmonizing customs rules and procedures and sacrificing some level of sovereignty in rule making and implementation in favor of regional frameworks and,

· facilitating business integration – such as regional electronic settlement system, electronic cargo tracking system, one-stop shops and easing restrictions on services trade. The costs of distance and fragmentation can be reduced through intensive investment in these areas.

Finally, the book recommends that the international community could also commit to increasing financial support for growth-sustaining regional infrastructure; shift from bilateral engagements to engagements with “economic areas” that tie together the economic interests of leading and lagging countries in each regional neighborhood.

A complementary activity under the World Trade Organization’s (WTO) Aid for Trade initiative could also help bolster investment in sectors other than natural resources, as helping to build up non-resource exports from countries within neighborhoods or regional economic communities is critical.

We’re monitoring Ghana’s recovery; a program request has not been made – IMF

We’re monitoring Ghana’s recovery; a program request has not been made - IMF