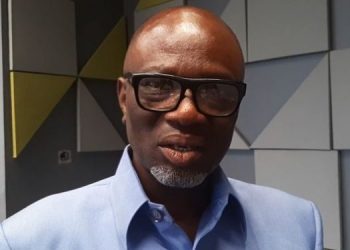 The Ghana Union of Traders Associations (GUTA) is pleading with the government to hasten slowly with a complete reversal of the benchmark value discounts.

On Tuesday, February 22, the government concluded on a 30 percent benchmark discount for all goods and 10 percent for vehicles after months of agitation and weeks of consultations with stakeholders in the trading community.

These proposed rates will take effect from March 1, 2022.

On the back of this, President of the Ghana Union of Traders Associations, GUTA, Dr. Joseph Obeng is asking the government to hasten slowly so that the Ghanaian industry gets into a stable position before a complete reversal is implemented,

He said to Citi Business News, We’re pleading with the government to hasten slowly. Because then it would mean that we’re being reversed to the old problem. So once the benchmark has increased in a way, we should study and see the impact and see how we can get a mitigating factor before we can think about reversing it completely.”

“Fortunately, the Finance Minister has set up a committee for industrialization where the trading public, AGI and GEPA will be a part of to see that we migrate gradually into industrialization. Till we’ve seen that we are not ready to go. We cannot surcharge Ghanaians with high costs of doing business and so it is in the right step so that we try to develop”.

“Whiles finding a proper solution in industrialization, the complete reversal can be done later when we’re ready” he added.