NIC urges insurance companies to recapitalize by May 2022 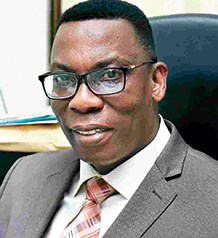 Insurance companies that fail to meet the new minimum capital requirement by May this year may have to sell off their companies or merge with others.

This is according to the Commissioner of Insurance for the National Insurance Commission (NIC), Justice Ofori.

The move follows a decision by the NIC  to see to the recapitalization of insurance companies in the country.

Insurance penetration in Ghana has remained low for years, hanging at just around 2%. The contribution of insurance to the economy cannot, however, be overlooked. It continues to act as a backbone to thriving societies, by providing indemnity against the loss of life and property.

All companies in the sector were to have complied with the new minimum capital requirement within two years by June 2021. However, the regulator extended the deadline by six months because of the COVID-19 pandemic.

In an interview with Citi Business News, Commissioner of the NIC, Justice Ofori explained that although the deadline for recapitalization has elapsed, an ongoing process that will last up to five months will determine the final fate of the companies.

“By the end of the process which could probably be around the fourth or fifth month, then we would actually know those who have been able to recapitalize and those who will be absorbed, which processes are ongoing, we don’t want to create any tsunami in our market, so we have a clear picture, those who are merging, those who are being absorbed and then those who have been able to recapitalize. It’s a corporate decision the companies will have to take. They need this minimum capital, if you don’t have the money what do you do. Are you going to sell your company to somebody, are you going to merge, are you going to be absorbed?”

“It’s up to the company to make a decision. We have actually been able to categorize the companies, those who meet, those who are midway and those who have challenges. They know themselves. We the regulators cannot actually go ahead and just merge the companies, it’s a corporate decision they will have to take, but we will give them the necessary assistance”.

Rely on digitization to plug expenditure loopholes – Economist to gov’t