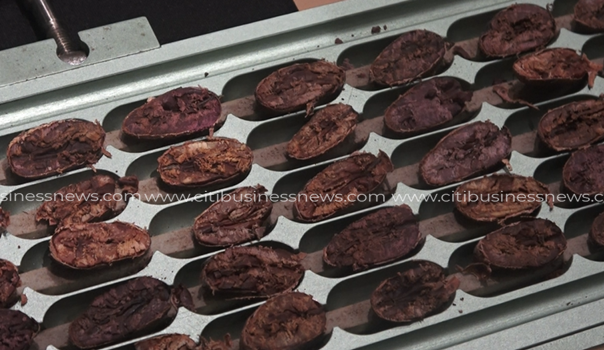 The Ghana Cocoa Board (COCOBOD) and the Ghana Academy of Arts and Sciences (GAAS) have joined forces to conduct extensive research into the use of cocoa in the treatment of some global life-threatening diseases.

The collaborative project seeks to further explore the health benefits of cocoa to encourage its consumption.

This latest move between GAAS and COCOBOD is also to enhance a deeper and closer collaboration to further stimulate the agenda of encouraging the consumption of cocoa due to its enormous health and nutritional benefits.

The research will focus on how cocoa can help manage cardiovascular diseases such as hypertension, diabetes, high and low-density lipoprotein cholesterol, overweight or obesity, and thrombosis.

President of GAAS, Emeritus Prof. Sefa Dede mentioned that the collaboration with COCOBOD would help promote research and development and also discover ways to address some challenges hampering Ghana’s industrialization and economic expansion.

“GAAS gives its commitment to this collaboration to bring urgently needed relief to our people,” he said.

According to him, the partnership between science and industry extends to businesses, considering that the multibillion-dollar cocoa and chocolate industry is estimated at US$120 billion.

Africa, the largest global producer of the commodity, earns only about 5% with a per capita consumption of 0.6kg (600g).

Chief Executive Officer of the Ghana Cocoa Board, Joseph Boahen Aidoo, emphasized the value of cocoa as an integral ingredient in the confectionery and cosmetic industries and the need for it to be looked at critically.

In light of this, he believes that in the current era of innovation, there is the need for adequate empirical facts to support claims regarding the health properties of cocoa.

“Anecdotal reports alone are no longer sufficient. The statements must be backed by scientific proof, and this novel collaborative approach is being driven in Ghana by our scientists,” he further stated.

Meanwhile, the joint initiative between GAAS and COCOBOD is expected to make a business case for the increased consumption of cocoa not only in Ghana but also in the West African Sub-region.

GAAS is aspiring to begin work sooner rather than later as the mandatory approvals have been confirmed and study sites are reedy for immediate takeoff.