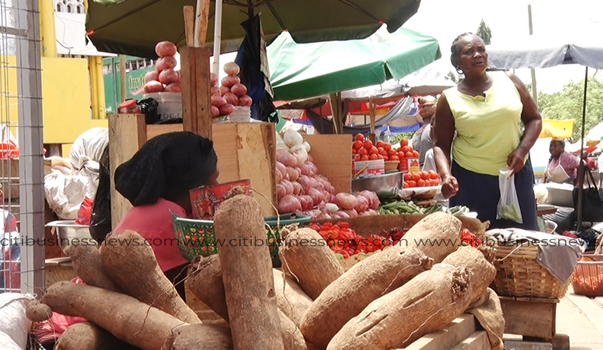 For weeks now, several economists and stakeholders have predicted that prices of fuel and food will continue to rise following tensions between Ukraine and Russia and the cedi’s depreciation against the dollar.

The prices of some key commodities have been on the rise, and the cost of food and fuel has increased astronomically.

With fuel, in particular, many have blamed it on international market prices, which have been worsened by the ongoing war between Ukraine and Russia.

Already, Ghanaians are bearing the brunt of the tensions on the price of fuel, which has affected transport fares.

Others have also blamed the situation on the cedi which has depreciated by about 7.6 percent to the dollar from January 1 to February 25 this year alone.

These factors have in turn had a huge impact on the prices of food.

Recent data by the Ghana Statistical Services showed that food inflation regained its dominance to record a 17.4 percent in February out of a national average of 15.7 percent.

Food inflation’s contribution to total inflation increased from 44.2 percent in January this year to almost 50 percent in February.

Ellen Dapaah visited the Kaneshie and Agbogbloshie markets in Accra and filed this report.

Watch the full video below: