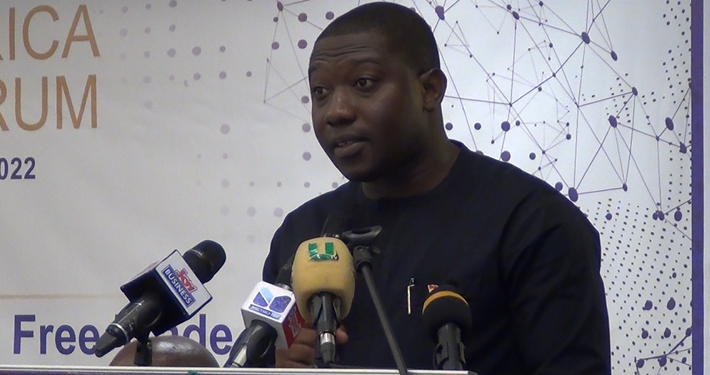 As stakeholders in various sectors of the economy are continuously being urged to take advantage of the African Continental Free Trade Area, African countries are being urged to put in all efforts to increase logistics which will strengthen regional value chains in the continent-wide market.

According to Deputy Trade Minister, Herbert Krapa, building a multimodel transport network across the continent will help achieve this aim.

Speaking at the Africa forum organised by the Chartered Institute of Logistics and Transport in Accra, Mr. Krapa suggested several means by which transport systems in the various African countries can be improved to boost cross-border trading.

“To drive the vision of the AfCFTA, Africa must build a multimodal transport network across the continent, bringing together infrastructure, equipment and digital solutions needed to support the demands of trading under the agreement. Currently, the means of haulage and movement of goods is largely by sea and air. Cross border trading is being undertaken mostly by road.”

“Transport and logistics is rightly one of the priorities for the AfCFTA. State parties must work together to develop their rail and road infrastructure. Increase in trade will require the need for specialized transportation services, including cold chain logistics.”

The African Continental Free Trade Area has come as the largest market in the world, with an estimated market of about three trillion dollars.

This continent-wide pack has promised to remove various trade barriers to improve trade among African countries, and for this reason, all sectors of the economy are ramping up efforts to take advantage of it.

The market is expected to increase intra-African trade in transport services by nearly 50% by 2030, according to the latest estimates by the United Nations Economic Commission for Africa.

The estimates contained in the ‘Implications of the AfCFTA for demand for transport, infrastructure and services’ report indicate that, with AfCFTA in place, in absolute terms, more than 25% of intra-African trade gains in services would go to transport alone, and nearly 40% of the increase in Africa’s services production would be in transport.