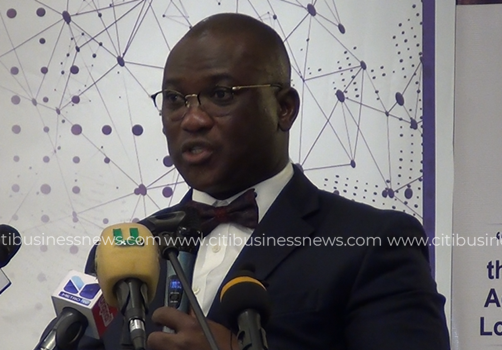 Since 2017, government has made clear its intentions to establish a national carrier following the collapse of Ghana Airways and Ghana international Airline.

The government believes this will not only build the aviation sector in the country, but create opportunities for Ghana to benefit from the Africa Continental Free Trade Area.

Outlining several works being done to prove Ghana’s transportation systems at the Africa forum organized by the Chartered Institute of Logistics and Transport in Accra, Deputy Transport Minister, Hassan Tampuli, stressed on the importance of a new airline for the growth of the country’s economy via the Africa Continental Free Trade Area.

“In terms of infrastructure, we have embarked on massive infrastructure developments to improve all our sea ports, airports and railway connectivity. Currently, two of our regional domestic airports in Kumasi and Tamale are being upgraded into international status.”

“We have also set out to establish a national airline with a private strategic partner to support our vision of positioning Ghana as an aviation hub of West Africa and beyond. The national airline will in no doubt boost the objective of the AfCFTA,,” he stated.

Ghana has been without a national carrier since Ghana International Airlines (GIA) collapsed in 2010, following the demise of the heavily indebted Ghana Airways in 2004.

For years now, several governments have announced plans of establishing a national airline but nothing has been done yet.

In October 2020, Ghana signed an MoU with EgyptAir for the establishment of a new flag carrier. The government at the time was expected to maintain a 10% shareholding in the new airline, with the majority of shares to be held by private investors.

This followed a similar MoU in 2018 with Ethiopian Airlines but that agreement appeared to have snagged over disagreements on routes, funding, and the management contract.

Presenting the 2022 budget to Parliament on November 17 2021, Finance Minister Ken Ofori-Atta announced the government was in the final negotiation stages with a potential strategic partner for a new national airline.

In the wake of continuous increases in transport fares due to the rising cost of fuel, and calls by stakeholders for the government to revamp the country’s public transport system, the government is developing an e-mobility policy to guide the deployment of electric buses in the country.

According to Deputy Minister of Transport, Hassan Tampuli, this forms part of measures to decarbonize and contribute toward net-zero emissions, and also to fortify the country’s transport system under the AfCFTA.

“We are currently developing an e-mobility policy to guide the deployment and scale up of electric vehicles in the country. We are also working assiduously to introduce the first ever battery powered electric buses for public transportation in Accra. We attend conferences elsewhere in other countries and all the buses that are used are electric vehicles. How long is Ghana going to wait before we also start getting into that space?”

The Africa forum organized by the Chartered Institute of Logistics and Transport focused on the role of logistics, transport and industry in the sustainable implementation of the Africa Continental Free Trade Area.

President of the Institute, Ing. Mark Amoamah on the sidelines of the forum attributed the acquisition of electric buses as a solution to the high cost of fuel in the country.

“We are challenged in recent times with the cost of fuel because of the Russian-Ukraine war. One of the key things CILT is looking forward to do next year is to take advantage of the soon-to-be gotten electric buses because that concept alone satisfies the UN SDG 13. It will also help us cut down on the cost of fuel so that all these problems that we are facing with the cost of fuel will come down.”