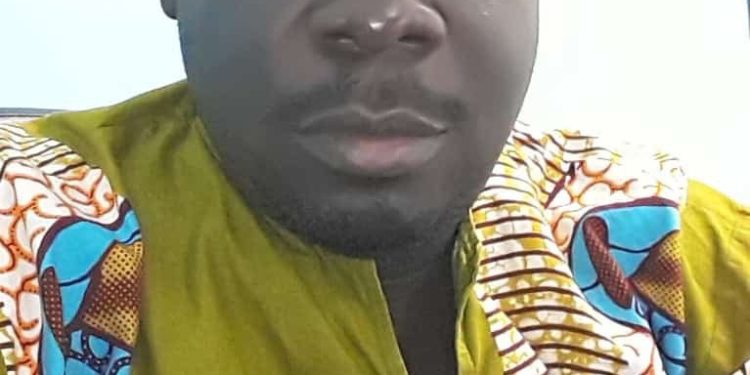 It is interesting to note that after the emergence and collapse of the infamous MENZGOLD investments schemes, several other unlicensed investment schemes have emerged and are still mushrooming with the latest one being Sidicoin.

The Bank of Ghana has sent a stern warning to the general public and registered its displeasure about the operations of  Sidicoin and thus, warned Ghanaians to desist from investing in the scheme. Interestingly some Ghanaians with a desire for quick profit have disregarded and ignored the warning from the central bank and the pending danger and are investing in it.

The Central Bank said neither the scheme nor its promoters had obtained the required approval to operate in the banking and payment services sector.

“The general public is advised to exercise caution with regards to trading in cryptocurrencies and other unregulated investment schemes”, the Bank said in a statement.

The statement said the Central Bank had taken note of the impending launch of a cryptocurrency investment scheme named “SIDICOIN”.

“Further to previous notices issued by Bank of Ghana on such schemes, in particular Notice NO. BG/GOV/SEC/2018/02, Bank of Ghana underscores the fact that such schemes are not regulated under any law in Ghana,” it said

Sometime last year a very good friend of mine persuaded me to invest in an online currency platform which he said was giving him some returns of ghc800 cedis a  week after an initial investment of ghc5,000.

He did his best to convince me but with my expert knowledge of financial risk management and risk mitigation measures, I declined though I thought of the high returns constantly.

Two months later I met him and asked about how his investment was doing and the increasing returns for him to tell me that the guys had bolted with his money and closed the online platform and website ‘ Charley, don’t mind the people, they have taken my money.

Even if I call their number, it doesn’t go through ‘. He regretted investing and I reminded him about our discussions about the risks involved.

An official of the Ghana Stock exchange recently explained that no proper investment in Ghana and even in Africa can give a return on investment or an interest rate above 5% monthly.

He said anything above 5% a month is a hidden scam waiting to explode Ghana’s financial sector has experienced a lot of Ponzi schemes and revocation of licences of insolvent savings and loans companies, finance house companies, microfinance and banking institutions between 2015 and 2019 (Bank of Ghana, 2019b). In 2015, DKM Diamond Microfinance Company Limited, Little Drops Financial Services, God is Love Fun Club, Jaster Motors and Investment Limited and Care for Humanity Fun Club, which were located in most parts of Bono Region, Bono East Region, Upper West Region and Upper East Region of Ghana were involved in Ponzi schemes (GBN, 2016).

Ponzi schemes are fraudulent investment opportunities that promise high rates of return with low risk to investors but fail in the long run (Chen, 2019). These institutions created investment instruments with a high-interest return of over 40 per cent for a two or three month period.

These institutions offered interest rates higher than the base rate of 24 or 25 per cent per annum offered by risk-free government securities (Larbi, 2016).

These unsustainable investment instruments attracted some users of financial services in Ghana to invest in them. These financial service users were interested in allowing their assets to work for them rather than working with their assets. Bank of Ghana shut down these institutions in 2015, as, their activities contravene the rules of the Bank of Ghana and some were unlicenced (Owusu, 2018).

Affected victims of DKM Diamond Microfinance Company Limited that officially applied to the official liquidator for their invested funds were 99,858 and Little Drops Financial Services, God is Love Fun Club, Jaster Motors and Investment Limited and Care for Humanity Fun Club were also more than 21,000 (Ofori-Atta, 2018).

In the year 2016, the Bank of Ghana again revoked the licences of 70 microfinance and money lending companies in Ghana after the companies failed to complete the necessary documentation for the final approval of their licences after the expiration of their provisional licences (The Financial Intelligence Centre, 2016). GCB bank limited took over UT Bank Limited and capital bank limited in 2017 after GCB bank purchased these two banks due to the severe impairment of the banks’ capital.

The takeover resulted in the revocation of the banking licences of UT Bank Limited and capital bank limited in 2017 (Joy Business, 2017). Menzgold Ghana limited was a gold dealership and investment firm in Ghana. Menzgold Ghana limited ceased operations in 2018 after its licence was revoked by the Minerals Commission of Ghana. This company was involved in gold trading and export (Securities and Exchange Commission Ghana, 2018).

Bank of Ghana created Consolidated Bank Ghana in 2018 to takeover Sovereign bank, Royal Bank, The Beige Bank, Construction Bank and Unibank, as these banks were facing liquidity challenges (Frimpong, 2018). In 2019, the Bank of Ghana again revoked the licences of 23 insolvent savings and loans companies and finance house companies (Bank of Ghana, 2019b).

This financial threat can affect individuals to change their financial behaviour. Available data indicate that over 101,958 Ghanaians have been affected by the scandals and revocation of licences of some financial institutions in Ghana (Ofori-Atta, 2018).

Causes of the Ponzi schemes and revocation of licences of insolvent financial institutions in Ghana
DKM Diamond Microfinance Company Limited 2015 was suspended by the Bank of Ghana for failing to comply with terms and conditions stipulated in its licence, not having adequate assets to cover its liabilities to depositors, and offering high interest to investors, which was detrimental to the interest of the depositors of company, violating statutory restrictions on exposures and setting up of subsidiary companies, which was against the restrictions of establishing subsidiary companies (GBN, 2016).

The board and senior management of these institutions fail to perform their functions well (Owusu, 2018). This paved the way for some management members to engage in activities that promoted their interests than promoting the growth of these financial institutions.

Some senior management members of the financial institutions such as the banks obtained loans from their banks, which they failed to pay increasing the non-performing loans of the banks (Larbi, 2016). Board members of the collapsed banks failed to ensure that their banks followed the corporate reporting systems and external audit system.

Bank of Ghana’s lapses in regulating and supervising the banking system in Ghana also contributed to the collapse of the savings and loans companies, finance house companies, microfinance and banking institutions between 2015 and 2019. These lapses allowed the banks not to comply with the rules and regulations established by the Bank of Ghana. This resulted in vulnerabilities in the banking sector (Sarfo, 2018).

The reasons raised by the Bank of Ghana as the causes of the collapse of some of the banks in Ghana show that the banks failed not because of a bank run whereby a large number of customers decide to withdraw their deposits due to the loss of the public confidence in the banking sector in Ghana and stock market failure but because of the banks own mismanagement of their activities and regulatory failure (Owusu, 2018).

Ponzi Scheme
A Ponzi scheme is an investment fraud that pays existing investors with funds collected from new investors. Ponzi scheme organizers often promise to invest your money and generate high returns with little or no risk. But in many Ponzi schemes, the fraudsters do not invest the money. Instead, they use it to pay those who invested earlier and may keep some for themselves.

With little or no legitimate earnings, Ponzi schemes require a constant flow of new money to survive. When it becomes hard to recruit new investors, or when large numbers of existing investors cash out, these schemes tend to collapse.

Ponzi schemes are named after Charles Ponzi, who duped investors in the 1920s with a postage stamp speculation scheme.

Ponzi scheme “red flags”
Many Ponzi schemes share common characteristics with  these warning signs:
High returns with little or no risk. Every investment carries some degree of risk, and investments yielding higher returns typically involve more risk. Be highly suspicious of any “guaranteed” investment opportunity. Overly consistent returns. Investments tend to go up and down over time. Be sceptical about an investment that regularly generates positive returns regardless of overall market conditions.

Unregistered investments. Ponzi schemes typically involve investments that are not registered with the SEC or with state regulators. Registration is important because it provides investors with access to information about the company’s management, products, services, and finances. Unlicensed sellers. Federal and state securities laws require investment professionals and firms to be licensed or registered. Most Ponzi schemes involve unlicensed individuals or unregistered firms. Secretive, complex strategies.

Avoid investments if you don’t understand them or can’t get complete information about them.
Issues with paperwork. Account statement errors may be a sign that funds are not being invested as promised. Difficulty receiving payments. Be suspicious if you don’t receive a payment or have difficulty cashing out. Ponzi scheme promoters sometimes try to prevent participants from cashing out by offering even higher returns for staying put.