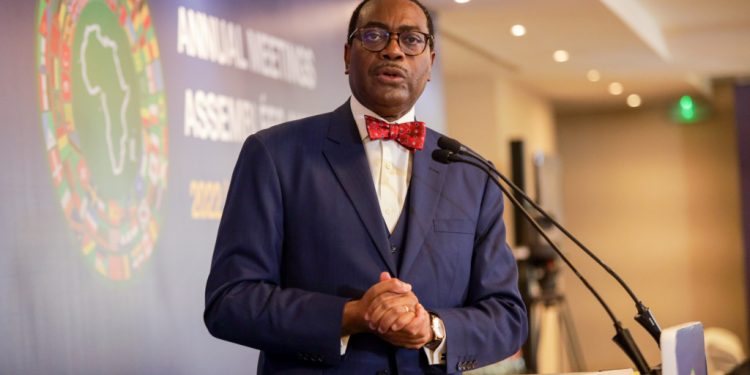 The African Development Bank Group president, Dr. Akinwumi Adesina, says he is confident that Africa will be able to avoid a looming food crisis in the coming months.

To tackle the disruption of food imports from the Russian-Ukraine crisis, the Board of Directors of the Bank last week approved a $1.5 billion African Emergency Food Production Facility, to support 20 million farmers to produce 38 million metric tons of food.

Speaking during a media briefing ahead of the start of the 2022 annual general meeting of the bank, President of the African Development Bank, Dr. Akinwumi Adesina assured of the introduction of more initiatives to boost food security on the continent.

“You may ask, why am I so confident that we will be able to avoid a looming food crisis? It is because our plan is based on the incredibly successful work of the African Development Bank through its High 5 on Feed Africa,” he said

The war between Ukraine and Russia has led to a rise in food prices, especially for commodities such as wheat, maize, soybeans and other grains which many African countries rely on for their staple food.

With the disruption of food supplies, Africa now faces a shortage of at least 30 million metric tons of food, especially wheat, maize, and soybeans, which are imported from both countries.

To tackle the disruption of food imports, the Board of Directors of the Bank last week approved a $1.5 billion African Emergency Food Production Facility, to support 20 million farmers to produce 38 million metric tons of food.

The plan seeks to avert a looming food crisis in Africa.

The plan is anchored on the provision of certified seeds of climate-adapted varieties to 20 million African farmers.

The African Development Bank will among other things, provide fertilizer to smallholder farmers across Africa over the next four farming seasons, using its convening influence with major fertilizer manufacturers, loan guarantees, and other financial instruments.

The Facility will also create a platform to advocate for critical policy reforms to solve the structural issues that impede farmers from receiving modern inputs. This includes strengthening national institutions overseeing input markets.

The Facility has a structure for working with multilateral development partners. This will ensure rapid alignment and implementation, enhanced reach, and effective impact. It will increase technical preparedness and responsiveness. In addition, it includes short, medium, and long-term measures to address both the urgent food crisis and the long-term sustainability and resilience of Africa’s food systems.”

The 57th African Development Bank (AfDB) Annual General Meetings which have begun at the Accra International Conference Centre will set the agenda for Africa’s transformation and recovery from the current economic challenges facing the continent amid the ongoing pandemic and Russia-Ukraine war.

The Annual Meetings are the most important events on the governance calendar of the bank group, attracting around 3,000 delegates and attendees annually.

This year’s meetings mark a return to in-person sessions following virtual meetings over the last two years. The meetings will be held in a hybrid format, with participants present in Accra and online.

With a focus on climate change, the bank will also review its operations during the preceding year and take stock of progress with its shareholders.

Under the theme of Achieving Climate Resilience, and a Just Energy Transition for Africa, the Annual Meetings will act as a forerunner to the UN Climate Change Conference, or COP-27 taking place in Egypt in November.

The 2022 annual general meeting is under the theme “Achieving Climate Resilience and a Just Energy Transition for Africa”.

Take control of financing on the continent - Ofori-Atta to AfDB