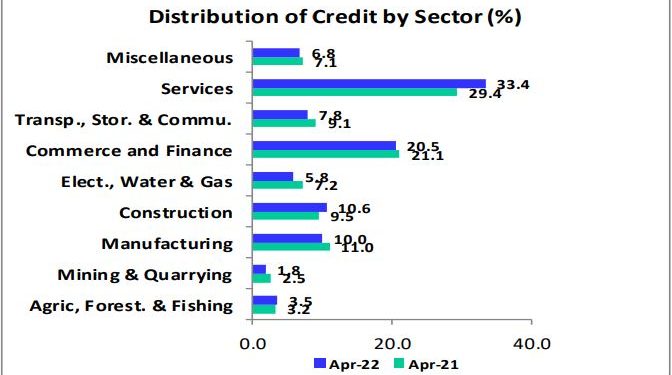 The Minister of Food and Agriculture has called out the banking sector for the poor level of support it has given to Ghana’s agriculture sector over the years.

Despite the improvement in credit to the private sector in the past few months as economic activity picks up, the Agriculture sector in addition to Forestry and Fishing continues to receive one of the lowest levels of credit from banks in the country.

According to the Bank of Ghana’s May 2022 Monetary Policy Report, at 3.5%, the Agriculture, Forestry and Fishing sectors are the second-lowest recipients of credit to the private sector as of April 2022, only faring better than the Mining and Quarrying sector which received 1.8% of credit from banks in the country. 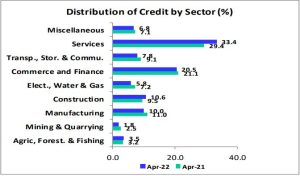 The same report shows that the services sector received the biggest chunk of credit given out by banks at 33.4% a significant jump from 29.4% in April last year.

In nominal terms, credit to the private sector increased by GH¢11.35 billion in April 2022 compared with the about GH¢2.8 billion recorded in the corresponding period of 2021. The significant increase in the growth in private sector credit according to Monetary Policy report reflects the rebound in economic activities.

Credit flow to the private sector however remained concentrated in four sectors, that is services; commerce and finance; construction; and manufacturing, leaving the agriculture sector with very little to boost its performance.

Speaking on the matter as part of a working visit to the Eastern region by the Ministry of Agriculture as part of efforts to ascertain the facts surrounding the increasing cost of food on the Ghanaian market, the sector Minister Dr. Owusu Afriyie Akoto mentioned that the government is considering legislation that will compel banks to lend more to the Agriculture sector. 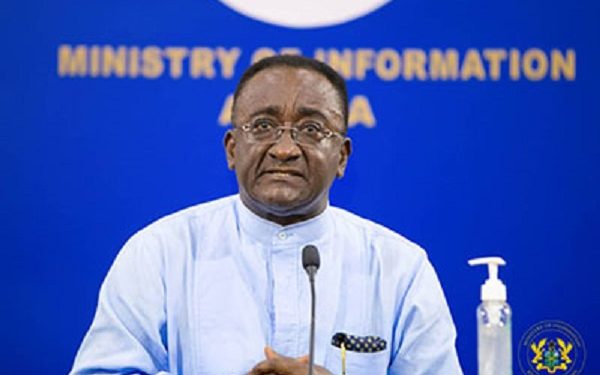 “We are making a lot of effort to ensure that we bring in the commercial banks, including the possibility of introducing legislation so that the banks will lend a portion of their portfolios to farmers and those in the agriculture value chain. You are definitely going to hear something about this initiative we are going to take in parliament. This is to make sure the commercial banks also play their role in supporting the agriculture sector.”