Ghana gets $1bn pledge from banks to spur finances 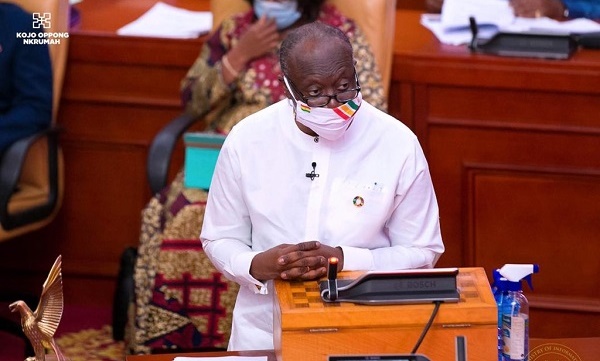 International banks have pledged to lend Ghana $1 billion for budget purposes and to boost central bank reserves as the country seeks to cut its fiscal deficit and stabilize the local currency.

This is according to Bloomberg.

The country raised $750 million through syndicated loans with the participation of about eight African and European banks and $250 million from multilateral lenders, according to two people familiar with the transaction, who didn’t want to be identified because the deal is not yet public. Standard Bank Group Ltd., Standard Chartered Plc and Rand Merchant Bank Ltd. led the arrangements.

The transaction is the first part of $2 billion in syndicated loans that Ghana targets to raise this year to stabilize its finances and financial markets. Ghana lost access to Eurobond markets this year due to higher debt and budget deficit levels, caused by the impact of the coronavirus pandemic.

The country, which aims to cut its budget shortfall to 7.4% of gross domestic product this year from an estimated 12.1% of GDP, will dedicate $750 million of the syndicated loans to the budget, for expenses and liability management, the people said. The rest will go to the Bank of Ghana to beef up its resources for swap deals, they said.

Ghana’s debt ratio rose to 78% of GDP at the end of March, from 66.3% of GDP a year before. The cedi lost 22% against the dollar this year compared with 1% appreciation for the same period a year ago.

The deal will likely be presented to parliament next week for approval, the people said.

The country will consider the second tranche of $1 billion in the latter part of the year, after the mid-year review of the budget and taking into account the impact of the electronic transactions levy, oil and food prices, as well as geopolitics, they said.