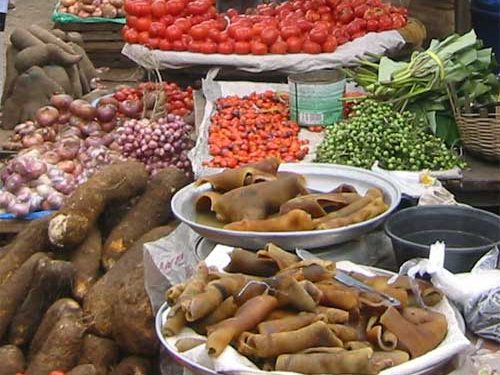 Ghana’s inflation has soared again to hit 27.6 percent in the month of May 2022.

This represents a four percentage points increase in the inflation rate compared to the 23.6 percent recorded in April 2022.

On a monthly basis, inflation however dropped by one percent to record 4.1 percent in May 2022.

This was captured in the Consumer Price Index (CPI) data released by the Ghana Statistical Service (GSS) on Wednesday, June 8, 2022.

According to the data, food inflation rose again to record 30.1 percent compared to 26.6 percent recorded in April.

Non-food inflation stood at 25.7 percent in May, compared to 21.3 percent recorded in the previous month.

GSS also noted that this is the second time in 29 months that inflation for imported items exceeded domestic inflation.

Whilst inflation for locally produced items was 27.3 percent, inflation for imported items stood at 28.2 percent in the month under review.

The Government Statistician, Prof. Samuel Kobina Annim, is predicting a continuous trend of an increase in the rate of inflation for the next few months.

Speaking to the media after the announcement of the new inflation rate, he explained that following the current situation with the major influencers of inflation and previous trends, it is expected that the country might continue to see an upward trend in inflation rate for a while.

“On the ground, we still see prices of commodities changing and these are happening from either the direct path where we see transportation and fuel going up as we saw last week or the indirect path where it’s difficult to determine which is the pass-through effect.”