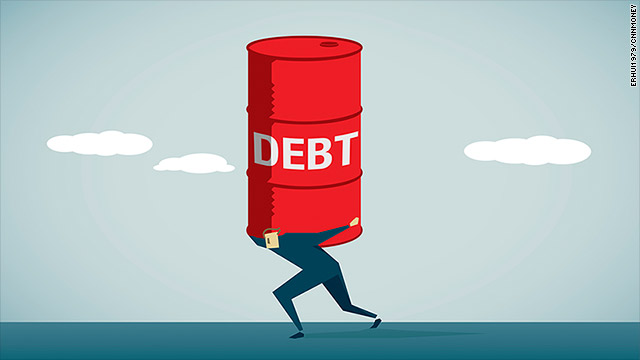 According to the World Bank, Ghana’s economy faces the risk of collapsing by 2022 due to a looming debt crisis.

We draw on history and current situations in some developing economies to shed light on this predicament, suggesting solutions that we believe can prevent us from being in recovery mode.

The 1980s is wildly celebrated as a magical era in most advanced countries. However, the same period is considered a lost decade in Latin America. Why? Because of a financial turmoil owing to an unfortunate “debt typhoon” triggered by two large oil price shocks.

In particular, increasing oil prices disrupted the financial system, created huge deficits, and took the foreign debt of most countries in the region to an unprecedented high.

Mexico was the first to fall. It declared its inability to pay its external debt in 1982. What followed was a series of defaults, with countries like Chile, Brazil, and Argentina, among others, facing related issues such as high inflation, rising unemployment, slow economic growth, etc.

Is history repeating itself?

The case of Sri Lanka (a developing country in South Asia) offers greater explanatory power to this question. The economy is in the grip of the worst economic crisis in its history, declaring bankruptcy and with no foreign reserves left to pay for imports. Fuel supply has dried up, leaving drivers queuing overnight and unable to make important journeys. What’s worse, there isn’t enough cash in the system to satisfy basic necessities.

The newly-appointed prime minister has warned that “the worst is still to come” as the human cost continues to mount.

Though global factors (pandemic-induced slowdown, the growing cost of borrowing, and the Russia-Ukraine
war) remain as reasons for this situation, what actually broke the economy has been ascribed to
internal mismanagement and financial indiscipline.

The government spent more than its national income and allowed deep tax cuts. But what is happening in Sri Lanka is a ‘canary in the coalmine.’ There is a possibility the crisis could mutate.

On the 15th of February 2022 (9 days before the Russia-Ukraine war), the World Bank warned of a significant debt crisis for the entire developing economies, with 70 countries earmarked for a debt repayment worth US$ 11 million.

107 economies face at least one of these risks, while 69 out of the 107 faces all three (25 in Africa, 25 in the Asia Pacific, and 19 in Latin America). In fact, there is an imminent threat of state collapse in Pakistan, South Africa, Kenya, Ethiopia, Ghana, etc. For instance, in Pakistan, the country is set to run out of cash in less than two months following the IMF’s denial of an economic bailout.

The situation ‘breathes a lot of anxieties.’ Debt levels are spiralling, interest payments are choking investments, and ‘milky’ tax cuts are dwindling revenue mobilization. Equally, as worse is the fact that the cost of living has reached a record high, and remains on track to getting higher in the foreseeable months. Food and the transport sector are among the worst-hit as related prices and fares continue to increase at untraceable rates.

Dwindling purchasing power among Ghanaians is clearly amplified: Kenkey is not selling for ₵1 anymore, and neither is ‘kooko.’ The ‘waakye’ seller’s starting quote is ₵4 and touts that her ‘gari and talia’ is no more ₵1 cedi but ₵2.

The least said for verbal abuse and blows happening in local buses (trotro), the better. It may seem strange to end on what appears to be an extremely pessimistic note. In reading the paragraphs above, one could obtain a distinct impression that Ghana’s economy will collapse.

However, this editorial is not for this purpose at all. Instead, it is to sensitize that our economy is
in the realm of the possibility of folding and can go the ‘Sri Lankan way.’ Well, we are not there
yet, but we are certainly in trouble.

What can we do to stop this?

While austerity measures (tax increases and spending cuts) have proven to be the obvious solution,
an intentional and honest approach is needed now and even more so in the future. First, we suggest an instituted framework that maintains the agenda of improving debt accountability and transparency. A more targeted approach includes creating a mandatory public register or record of borrowing and requiring relevant actors to use the record.

The public disclosure of related contracts will allow for open examination and consequently help provide
incentives for governments to improve debt contraction, use, and management.

We also suggest the need to introduce a better system of managing shocks and crises. Like many
other developing countries, Ghana is vulnerable to external shocks for apparent reasons.

A high proportion of the debt is in foreign currency; hence, variations in global financial markets directly
affect the economy, including the availability and cost of borrowing. Therefore, ensuring debt is managed to deal with potential shocks constitutes an essential premise for effectively managing the economy.

More specifically, Ghana can insulate itself from these shocks via capital account management techniques and the use of public development banks and other institutions to direct national savings towards longer-term productive investment.

In the face of an ostensibly jettisoned economy, this opinion piece shouldn’t be seen as an
opposition tactic but a ‘tough-love’ gesture from a section of the literati society.