Another team of experts from the International Monetary Fund (IMF) should arrive in Ghana in the next couple of weeks to continue their data gathering exercise as well as further engagements with government, as part of efforts to further assess the country’s economic situation and help in the shaping of government’s Enhanced Domestic Program, that could be supported by an IMF lending arrangement.

This was disclosed by the IMF Resident Representative to Ghana, Dr. Albert Touna-Mama.

The visit will be the second following the just-ended one that saw, officials of the Bretton Woods institution, engage with various government institutions and other stakeholders in the country.

Speaking in an interview with Citi News, Dr. Touna-Mama said the second team will be looking into the country’s public financial management system and its tax regime among others. 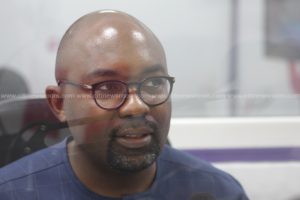 “We don’t expect a deal to be done next month as there’s still a lot of work to be done. What has been agreed on is to continue to work together. My colleagues have gone back to Washington but in the coming weeks, we’ll still be having some virtual discussions, and in the next couple of weeks there will be some experts from the IMF coming into the country to look at the country’s public financial management system, it’s tax regime while reviewing other sectors of the economy.”

“We also have additional data that we need to gather and analyze, so it will take some time,” he added.