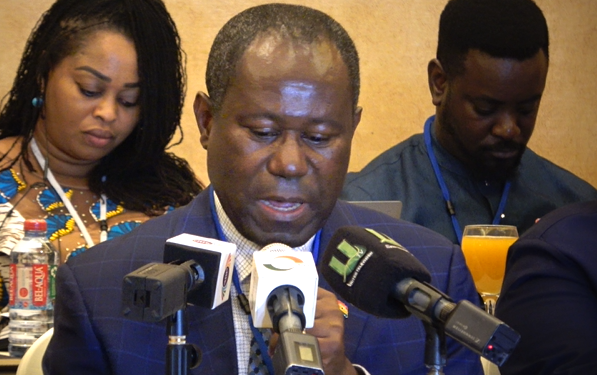 Ghana and Ivory Coast’s move to combat farmer poverty with a living income premium for their cocoa sales is being undermined by chocolate makers scaling down purchases and negotiating discounts on other parts of the prices.

This, the Ghana Cocoa Board, says is disheartening and must be checked with all urgency.

The premium is being discounted and its very disheartening. Once premiums are discounted, it means that industry is telling us to inform our farmers to also discount the quality of the cocoa. But I don’t think that’s what the consumer wants,” CEO of the Board, Joseph Boahen Aidoo said.

Farmers in Ghana and Ivory Coast – the two world’s largest cocoa-producing nations – are getting less for their cocoa despite the introduction of a payment that aims to secure them a living wage.

In 2019, Ghana and Ivory Coast decided to charge an extra US$400 per ton of cocoa exported to places like Switzerland as Living Income Differential or premium, primarily aimed at improving the incomes of their cocoa farmers and buffer them from volatile prices. The new policy came into force during the 2020/2021 cocoa harvest season.

But unfortunately, some big international buyers have been negotiating down the differentials or reducing purchases of cocoa beans to avoid paying the premium.

According to Reuters, the original differential has fallen to around negative US$155 per tonne in Ivory Coast and negative US$125 in Ghana from around US$300 and US$200 respectively.

This development has been described as unfair to hardworking farmers.

The Chief Executive Officer of COCOBOD, Joseph Boahen Aidoo addressed the issue at a high level meeting with senior representatives of the cocoa value chain from Ivory Coast and Ghana held in Accra.

“The consumer wants quality cocoa and that’s why they pay the premium. From our perspective, we do not think premium should ever go below zero. That is unfair to the farmer.”

The COCOBOD CEO further accused European companies that buy cocoa beans from Ghana and Ivory Coast of deliberately setting conditions that always keep the global prices of cocoa beans down.

He insists cocoa farmers from the two countries have rather been made worse off owing to an unfair pricing regime being dictated by European countries.

“These occurrences are baffling and we must interrogate them. This also informs us that there are some kind of deliberate attempts and schemes to keep the prices down by global actors”, he said.

In order to end this, Mr. Boahen Aidoo says Ghana and Ivory Coast must join forces to end the practice where the two countries are forced to always accept prices set by these foreign companies.