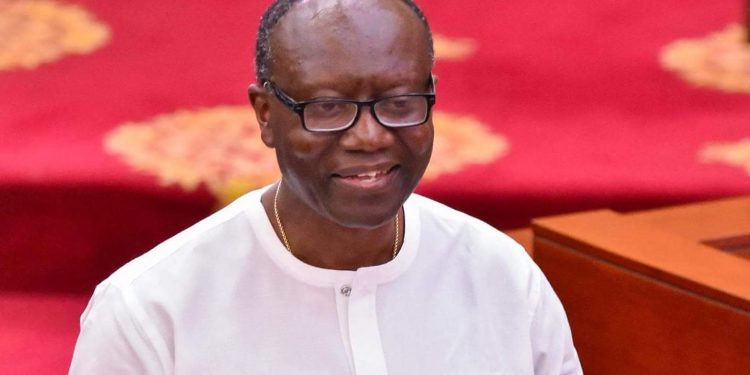 After the Presentation of the Midyear budget review by the Finance minister, Ken Ofori Atta, in parliament yesterday, the minority in parliament and members of the business community have been reacting to portions of the captured policies.

This comes at a time when the government is making efforts to get the economy back on track after suffering major setbacks that have largely been blamed on global happenings including the COVID-19 pandemic and the Russia Ukraine war.

Many Ghanaians were keen on knowing what the Governments economic direction for the second half of the year will be, especially as the country seeks a bailout program from the international monetary fund (IMF).

The finance minister after over an hour’s delivery stated the government’s strategy for managing the economy for the rest of the year on Monday but, the minority in parliament finds the midyear budget review presentation uninspiring, stressing that it did not address the pertinent issues facing the country.

Ranking Member of the Finance Committee in parliament, Cassiel Ato Forson cast doubt on the government’s ability to achieve many of its revised targets for the economy saying ” our minister responsible for finance has told us that the GDP growth rate for the year 2022 has been revised from 5.8% to 3.7% , I beg to say even the 3.7%, he cannot achieve it”.

Ato Forson also said the global ratings agency Fitch has predicted a 2.5% GDP growth rate for the year 2022 which will be the worst in the country’s history.

2nd Vice President of the Ghana National Chamber of Commerce and Industry, Stephane Miezan felt the government did not provide enough information on its proposed homegrown solutions to improve the country’s fortunes.

Stephane said he was expecting to hear more about home grown policies that are intended to resuscitate the economy.

“Like the exemptions bill, nothing was said about it and there is a lot of exemptions that go on and cause us to lose a lot of money. The property rate issue, I was hoping to hear of that too” Mr. Miezen said.

President of the Ghana Union of Traders Associations (GUTA), Dr Joseph Obeng is rather pleased that the Benchmark values policy was not tampered with although he had concerns over the VAT policy.

Mr. Obeng said he had hoped that the VAT policy would have been reversed to the flat rate system instead of the standard rate which he said is “creating a lot of unfairness in the market”.

Greater Accra Chairman of the Association of Ghana Industries (AGI) Tsonam Akeloo commended the government for its effort at reviewing energy contracts which he hoped would translate into cheaper energy for industry. But he expected some taxes to be reviewed.

He said the “silence of the finance minister on most of the tax reviews we proposed was legendry because we expected to hear a lot including the total scrapping of the benchmark value reduction policy”.