BoG’s role in fiscal, monetary policies should be clearly spelt out – Franklin Cudjoe 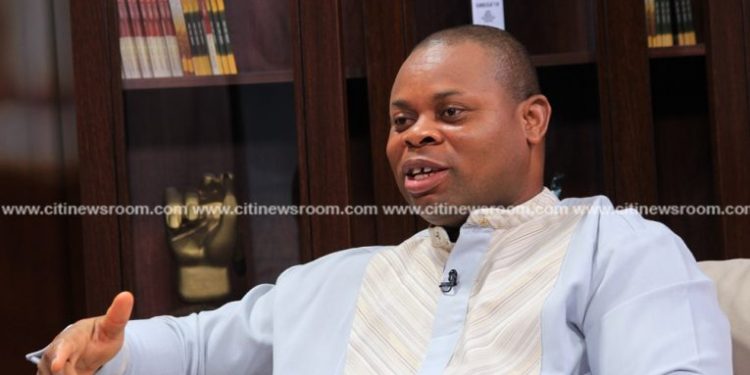 The Founding President and Chief Executive Officer of IMANI Center for Policy and Education, Franklin Cudjoe says that the ambiguities surrounding the role of the Central Bank of Ghana on fiscal and monetary policies need to be reconsidered.

Speaking on The Big Issue on Citi TV, he said the position of the Central Bank claiming that it is only in charge of the monetary aspect and not the fiscal aspect of the economy is really not clear.

He pointed out that, in the long run, the Central Bank is drawn to the table to help solve the problem as seen with the recent Monetary Policy Committee meeting held on Wednesday, August 17, 2022.

“Largely that has been the situation. That they are not in charge of the fiscal decisions that have automatically led to problems that the Central Bank has to be dealing with.”

“To the extent that everyone was calling on government, especially the President, to speak to the nation. The bits and pieces that we normally hear from the Finance Ministry wasn’t particularly uplifting enough.”

“It was important that the Central Bank made some concessions on the monetary side of things and actually gave a situational report, which they have done. But as it is, is this a fiscal issue which they have no control over but are only advising?” he quizzed.

The Bank of Ghana has raised the Monetary Policy Rate by 300 basis points from 19 percent to 22 percent.

The central bank made the decision after a Monetary Policy Committee meeting on Wednesday because of Ghana’s recent economic challenges.