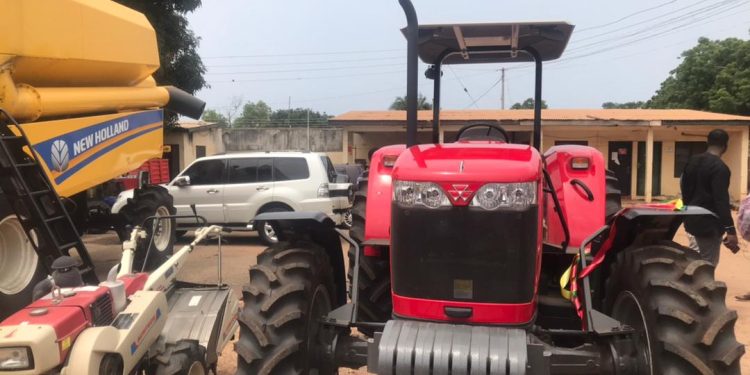 Some farmers have expressed worry over the last tranche of US$95 million machinery received by the Ministry of Food and Agriculture to boost farming productivity.

The Ministry on Wednesday commissioned farm processing machines worth $95 million in a bid to boost the efficiency of large-scale farming in the country.

The over 2,000 pieces of machines were procured by the Ministry through the Brazilian government to help lessen post-harvest losses of farmers.

According to the Ministry, government has given 40 percent subsidy on the equipment and farmers will be made to only pay 60 percent of the cost.

The sector minister, Dr. Afriyie Akoto, maintained that the equipment will go a long way to boost the productivity of agribusiness in Ghana.

In reaction to this development, the President of the Concerned Farmers Association, Nana Boateng Bonsu says the sector ministry should ensure that the ordinary farmer benefit from the initiative.

He revealed that this is not the first time the government is initiating such policies to aid the agriculture industry but unfortunately, such intervention lands in the hands of party members.

“The initiative by the ministry is a laudable idea. We realize that when such things happen, it is very difficult for the farmers to have access to them. It is the political farmers who really get into it. They have the money to buy. Government taking the 40 percent is quite appreciable, but the 60 percent will be hard for a peasant farmer to afford. I suggest that the Ministry gives these equipment to the peasants on credit basis,” Nana Boateng Bonsu said.

E-cedi will not affect MoMo business - Bank of Ghana