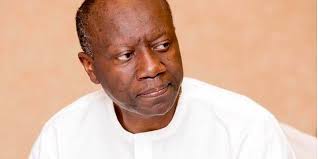 The government has expressed its disappointment in Standard and Poor’s downgrade of Ghana’s credit rating despite the “bold policies” it implemented in 2022 to address the fiscal challenges confronting the economy.

S&P Global Ratings, on Friday, 5th August, downgraded Ghana’s foreign and local currency credit rating from B-/B to CCC+/C with a negative outlook, sighting the intensifying financing and external pressures on the economy as the reason.

But the Finance Ministry, in a statement, says government will continue to be proactive in addressing the impact of these external and domestic headwinds on the economy.

It said some key revenue and expenditure measures, including the 30% cut in discretionary expenditures, have been implemented.

“The delays in the passage of key revenue measures introduced in the 2022 Budget affected revenues performance in the year’s first half. However, all the revenue measures introduced in the 2022 Budget, including the review of the MDA Fees and Charges Bill, the Tax Exemption Bill, and the E-Levy Bill, have all now been promulgated by Parliament. These fiscal measures are now fully implemented to support our fiscal and debt sustainability policies,” it added.

Government is confident that it will successfully emerge from these challenges in the shortest possible time.

“We have demonstrated the track record to do so in the Akufo-Addo-led government,” it added.

It is certain the current engagement with the International Monetary Fund for a Programme, incorporating Enhanced Domestic Program (EDP), will “support the drive to restore and sustain macroeconomic stability; debt sustainability and promote growth and job creation whilst ensuring social protection to achieve our vision of a Ghana Beyond Aid.”

S&P Global Ratings said though government has taken steps towards consolidating the fiscal deficit, including the recent passage of the Exemptions bill, high borrowing costs and softening growth make it difficult to put debt to GDP on a downward path.

After a careful assessment of the economy, S&P also reviewed the country’s economic outlook as negative. The negative outlook, in a statement issued by S&P, reflects Ghana’s limited commercial financing options, and constrained external and fiscal buffers.

S&P Global Ratings also noted that the Covid-19 pandemic and the Russian invasion of Ukraine had worsened Ghana’s fiscal and external imbalances.

Currently, the local currency which has seen a sharp depreciation in recent times is nearing ¢9 to one US dollar.

It would be recalled that government earlier this year introduced some revenue generation measures such as the E-Levy, the Tax Exemptions Bill, and some cuts in discretionary spending.

However, S&P noted that while these changes could improve revenue generation going forward, the situation remains challenging.