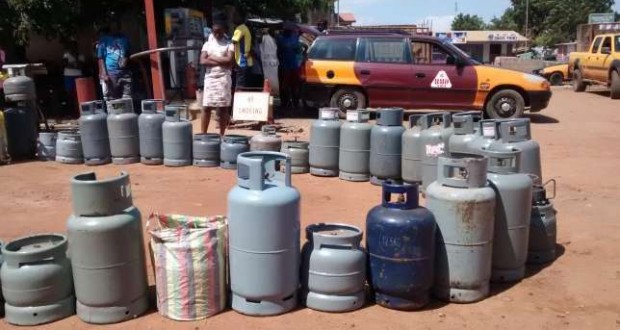 The LPG marketers Association of Ghana is assuring consumers they would get products to buy from the retail outlets of its member across the country.

This comes after an earlier strike by the association over an embargo instituted by the government on the construction of new LPG stations in 2017.

The development left many consumers stranded at the pumps.

The industrial action was finally called off yesterday after the ban on the development of new LPG sites was lifted in a communique by the National Petroleum Authority.

Vice President of the LPG Marketers Association of Ghana, Gabriel Kumi stated that despite the strike costing them they believe “it was worth it”.

“If a business owner will shut the business that feeds them and their families for almost 4 days, you can imagine what the situation will mean to them. We cannot even quantify our loss for the past few days but we believe it is worth it. Sometimes, you have to lose to gain” Mr. Kumi further explained.

Meanwhile, the Ghana National Petroleum Tanker Drivers Union who was also on strike alongside the LPG marketers Associations say they will not call off their industrial action until their concerns with the trackers installed on their trucks are addressed.

Chairman of the Ghana National Petroleum Tanker Drivers Union, George Nyaunu explained that the tracker system is not favourable to the drivers who ply Ghanaian roads with petroleum products.

He said, “because of the nature of our roads, even when you drive from Achimota to Nsawam with several potholes on the road, the tracker will have been indicating to NPA that the seal is being tempered with when nothing of the sort happened”.

Mr. Nyaunu also noted that the drivers fear they will not be given a listening ear should the industrial action be called off hence their decision to not return to the steering wheels until their concerns are addressed.

The group is expected to meet with the National Petroleum Authority later today and the outcome of the meeting will determine whether they continue with their strike.