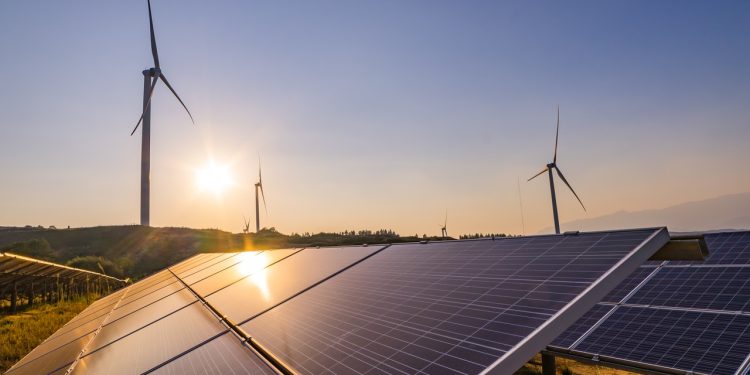 For Ghana to attain its renewable energy target by 2030, the private sector’s role is critical.

Government has over the years, been unable to attain its renewable energy target, revising it from 2020 to 2030 due to the failure to implement policies toward achieving the goal.

Deputy director for renewable energy at the sector ministry, Engineer Seth Mahu, called on businesses in the country to take advantage of various grants to enable them to contribute to the attainment of the government’s renewable energy target.

“The numbers are not too assuring for Africa. If you look at the continent, and its geographical position., we are home to about 60% of the best global solar resource and we should be seen to be doing a lot of the renewables, particularly solar for power generation.”

“Currently, Africa’s total contribution to the global installed renewable energy with a focus on solar is just about 1.3% which translates into about 8.7 gigawatts of installed capacity. This is very small. We need to increase this contribution; the government alone would not be able to do it. “He added.

He spoke to the media on the sidelines of the Umoja Incubator Roadshow on renewable energy held in Accra.

the 2022 Umoja Incubator is in collaboration with Serengeti Energy and Private Financing Advisory Network (PFAN).

The incubator aims to help aspiring entrepreneurs in renewable energy bring their projects to a financial close.

This is achieved by improving the bankability of the most promising renewable energy projects through access to commercial and technical knowledge, and finally securing the funding.

The application period is open until September 4, 2022, after which a jury consisting of top-tier industry partners will evaluate the projects.

The best candidates for the programme will be invited to a one-week workshop in Cape Town, in which the winner of the first Umoja Incubator will be announced.

Commenting on the intervention, Engineer Mahu stated that “The role of the private sector is critical to be able to do this. That is why it’s important that we support this program and get a lot of the private sector players on board so that they can be helped. They can be assisted to turn their ideas into profitable ones and be able to contribute significantly to the development of the continent’s renewable energy program.”