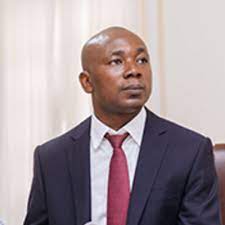 Economist Prof Godfred Bokpin insists the painful adjustment of debt restructuring is needed to save the economy.

The government is expected to commence talks with either domestic or external bondholders as part of efforts to restructure the country’s cedi debt ahead of plans to secure a US$3 billion loan facility from the International Monetary Fund (IMF).

This is because one of the key requirements for the loan facility will entail the restructuring of the country’s debt which has been soaring at an alarming rate.

Although many stakeholders have warned that this exercise might come with some shocks on the economy, Prof Bokpin insists the IMF bailout alone will not be enough to salvage the economy, hence the need for the government to restructure the country’s rising debt stock.

“Typically, you don’t wish for a country to find itself in this category. Coming out of this will require some painful adjustments. Its not something a country would want to communicate to their citizens that we need to do some kind of debt restructuring which may entail having a haircut.”

“When a country reaches the point where we have to restructure our debt, its almost like a doctor telling you that nothing can cure your disease except for a surgery. When you get to that point where you have to go under the knife, then you know it’s critical. That is where the country finds itself. So we have to go through this quite painful process and I hope that we learn a useful lesson from that because the IMF programme in itself is not enough [to save the economy].”

As Ghana wallows in an ailing economy, experts are banking their hopes on external economic restructuring measures to help salvage the situation.

This restructuring, experts have predicted, has the tendency to hit hard on the financial sector.

Institutional investors, financial institutions, and pension funds rank amongst the hardest to be hit by the intended debt restructuring.

Already, there are news reports that major local investors, including local banks and pension funds, are preparing to engage in discussion on debt reorganization.

This could entail the extension of maturities and haircuts on principal and interest payments.