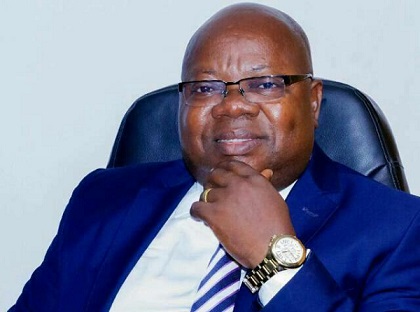 Managing Director of the Agricultural Development Bank PLC (ADB), Dr. John Kofi Mensah, is set to retire from his position, effective end of November 2022, after serving for five years in the role.

Appointed in August 2017, ADB PLC has seen a significant transformation from a loss making Bank in 2015/16 to a consistent profit making bank during his tenure.

Dr. John Kofi Mensah led a strategic vision of refocusing the Bank to its core mandate of agricultural financing with the aim of ensuring a significant portion of its loan portfolio was dedicated to the agricultural sector and also increased the number of branches of the Bank from 78 in 2016 to 87 by the end of this year.

With a remarkable banking career of more than three decades, Dr. Kofi Mensah has positioned ADB stronger than it was in 2016 with a significant growth in assets, deposits and consistent profit growth.

According to the ADB Board Chairman, Dr. Kofi Mensah’s tenure will be remembered for the numerous positive changes that he spearheaded including the Bank being the first in the country to establish the Security Operating Centre (SOC) and also the attestation and certification of the Bank in a number of International Organization for Standardization (ISO) certificates and the refocusing of the Bank to its core mandate of agricultural financing.

On his part, the outgoing Managing Director thanked the Board, Management and Staff for their support during his tenure which led to the stability and growth it witnessed over the period.

Established in 1965, the Agricultural Development Bank PLC is the leading Bank in Agribusiness Financing in the country with the one of the largest branch networks of 87 locations nationwide. The Bank has won several awards including the Best Bank in Cocoa Financing at the Ghana Cocoa Awards.