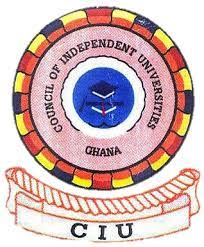 Private universities have bemoaned what they describe as government neglect of their operations despite their massive contribution to the county’s human resource development.

According to the chairman of the Council for Independent Universities (CIU), Professor Nicholas Nsowah-Nuama, many private universities are overwhelmed by stifling capital, staff, and the administrative and overhead cost of singlehandedly running their institutions.

He said unlike their counterparts in the public sector who receive direct funds from the government, a number of universities in Ghana are indebted to banks, contractors and staff as their revenues hardly meet their expenses.

Prof. Nsowah-Nuama spoke to the media on the sidelines of a workshop for private universities in Accra on a “Financial Sustainability Plan” aimed at meeting the criteria for a presidential charter.

Touching on the workshop he said the event is part of a series of workshops to equip its members to attain the presidential charter.

In addition, he said the workshop aims at preparing private universities to be financially sustainable.

For his part, a retired professor of Accounting and Finance of the Institute of Chartered Accountancy, Prof Kwame Boasiko Omane- Antwi urged private universities to run their institutions like businesses, thus looking for other sources of income rather than relying on school fees.

He cited farming, hiring of their facilities, and also attracting grants for projects.“Are u the type who is over-relying on students?  students fees to a certain extent cannot be increased and therefore if you don’t have a population or the student numbers the amount of money you will be able to generate will not be able to cover your operations”

The Executive Secretary of CIU, Anne Marie Kyerewaa Acquah said the vision of the Council is to build a CIU that is inclusive, strong, united and well-positioned to push the agenda and interest of independent universities.
She, therefore, called on all private universities in the country to join the group in other to achieve a common goal.
The Council was formed on 25th November 2004 at Central University, Mataheko campus Accra.

The vision of the Council is to articulate and promote issues relating to private higher education delivery in Ghana in order to foster world-class standards within the tertiary sector and to meet the demands of our country’s development.

Construction Chamber joins calls for the removal of Finance Minister