Gold for oil policy will reduce pressure on forex – Bawumia 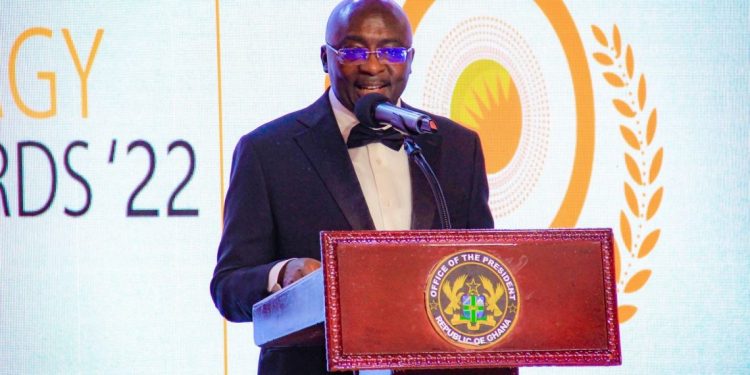 The Vice President, Dr Mahamudu Bawumia is confident that the gold for oil policy will reduce the pressure on forex and also present the country with cheaper fuel.

The government took delivery of 40,000 metric tons of the first consignment of the gold for oil deal on Monday.

Many have, however, raised concerns about the government’s ability to sustain the policy.

But Dr Bawumia speaking at this year’s New Year School said the gold for oil policy is the best for the country looking at the current economic challenges.

“Yesterday Ghana took delivery of its first cargo under the gold for oil policy. This is our test cargo, it is the cargo to test the framework if everything that has been put in place will work, by the grace of God the Framework will work and if that should happen we are going to save a lot of foreign exchange and reduce the pressure on our currency.”

The move by the government is meant to tackle dwindling foreign currency reserves coupled with the demand for dollars by oil importers, which is weakening the local cedi and increasing living costs

The arrival of the fuel from the United Arab Emirates (UAE) is expected to push prices of fuel further down after the recent reduction at the pumps.

Meanwhile, the Member of Parliament for Yapei Kusawgu constituency, John Jinapor believes the country is heading towards a debt crisis following the commencement of the gold-for-oil policy.

Speaking on Eyewitness News, on Monday, Mr Jinapor said, “I’m not a prophet of doom, but from all the documents I have read, we are heading for a debt crisis out of this so-called gold for oil deal”.

The legislator described the deal by the government “as a lazy man’s approach, because gold, first of all, needs to be expressed in its monetary value. You can’t just say take an ounce of gold and give me a barrel of oil, as it used to be in the real barter that you are talking about. You must first of all, value that gold in dollar terms, and that is the function of currency or money”.