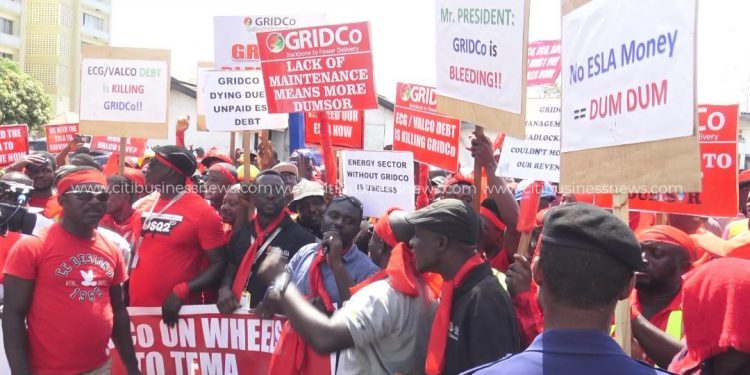 After suspending emergency services for a while in protest against huge debts owed the company, members of the Senior Staff Union of the Ghana Grid Company (GRIDCo), on Tuesday staged a demonstration in Accra against the Ministry of Finance and the Electricity Company of Ghana (ECG) over the company’s huge debts.

The protesters, who massed up at the Black Star Square said the indebtedness of ECG and the Volta Aluminum Company (VALCO) was crippling its operations.

According to the Chairman of the Senior Staff Association of Tema, Dominic Annang, if the debts are not paid, they will continue with their industrial action.

The staff in their petition to the Finance Ministry said the Ministry must act on a directive by President Akufo-Addo to make available to them some GH¢250 million to help them pay the debts. 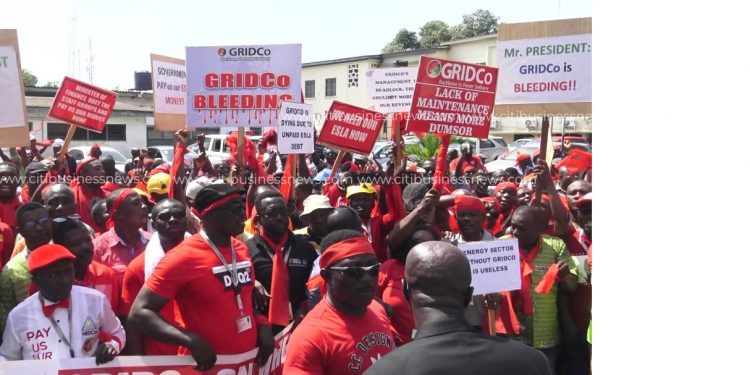 They also said that the Ministry must order VALCO to settle their US$33 million debt to GRIDCo.

“[We demand that the Finance Ministry] order VALCO to settle the US$33 million it owes GRIDCo, which it claims is part of the legacy debt in the energy sector”.

“[We demand that the Finance Ministry] immediately orders the ECG to pay GRIDCo the GH¢94 million PDS collected on behalf of ECG during the PDS suspension.”

“[The Ministry must] immediately ensure that the cash waterfall which has been on the drawing board since 2014 becomes operational,” he said.

He added that; “It has been 7 months since that meeting [with President Akufo-Addo] and not a dime has been paid to GRIDCo. You will recall that the first ESLA bond which was raised by this government in 2017/2018, our colleagues, the VRA had about US$550 million to settle their debts to banks, but not a dime was given to GRIDCo to offset ECG and VALCo’s indebtedness to GRIDCo.”

Dominic Annang further warned that “staff of GRIDCo will continue to embark on series of industrial actions” if the Finance Ministry does not act immediately to settle the debts.

Meanwhile, the National Chairman of the Senior Staff Association of GRIDCO, Raphael Kornor, says the failure by the ECG, VALCO and NEDCo to defray their debts could plunge the country into darkness following the possible withdrawal of service by staff of GRIDCo.

“From 10th December if nothing is heard from this petition as to the payment, we are going to embark on a sit down action at our GRIDCo premises to impress on management to start disconnecting all those who owe us.”

The staff of GRIDCo had earlier registered their displeasure about the company’s financials.

At a press conference in November 2019, they said they will be pushed to declare a sit-down strike if the Finance Ministry does not respond to their concerns.

The company also said it is unable to expand its transmission lines due to the huge debts owed it. 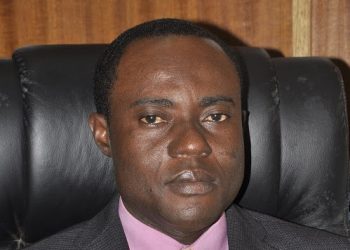