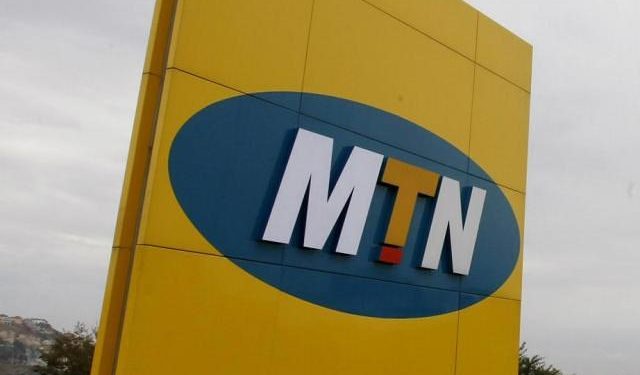 Telecommunications giant, MTN Ghana, has filed an application at the Supreme Court seeking a review of the High Court ruling that quashed its suit against the National Communication Authority’s declaration of the network as a Significant Market Power (SMP).

MTN Ghana has said it took this action on Friday September 4,  2020, after a careful  review of the ruling of the Commercial Division of the High Court.

The High Court of Justice (Commercial Division) on September , 2020 dismissed MTN’s application for a judicial review of the declaration by the National Communications Authority (NCA) of MTN Ghana as a Significant Marķet Power, SMP.

MTN had stated earlier that although it respects the decision it was not satisfied with the ruling.

In a statement issued by the company on Saturday, Septmeber 5, it said concerns regarding the National Communications Authority’s (NCA) declaration of the telecoms giant as Significant Market Power (SMP) remains unresolved,  hence their decision to go to the Supreme Court.

“MTN Ghana respects the decision of the Court, however in our opinion the judgement did not address our concerns that the NCA’s decision did not meet the requirements of procedural fairness,” it said.

MTN Ghana however said,” we acknowledge the duties and powers of the NCA to promote fair competition amongst licensed operators. We also support the legitimate exercise of the NCA’s regulatory powers, but as a good corporate citizen and considering the international investment community, we believe that a decision by the highest court of the land would provide certainty and a veritable precedence on the procedural fairness in this, and future regulatory decisions of the Authority. This will no doubt safeguard the interest of customers, shareholders, investors and the wider industry.”

“We believe Friday’s step still provides an opportunity for further engagements with the regulatory authorities. Indeed, MTN Ghana continues to reach out to the regulator and key stakeholders to have the concerns of both sides addressed in a collaborative and amicable manner.

MTN Ghana further assured its cherished customers and other stakeholders of its unflinching commitment to its regulatory obligations and support for the Ghanaian Government’s efforts to enhance growth and competition in all segments of the telecommunications market.

Following the directive, the NCA was expected to start an immediate implementation of specific policies to ensure a level-playing field for all network operators within the industry, with emphasis on maximizing consumer welfare as the growing dominance of MTN “has impacted negatively on competition and consumer choice, necessitating corrective action.”

But in a statement issued on Friday 26th June, 2020, MTN Ghana said although there were ongoing discussions with the regulatory authority to decide the way forward, NCA has already began implementation of the specified policies, hence, its decision to finally seek redress at the law court, after it was officially notified of the decision.

In the suit, MTN asked the Court to quash NCA’s decision, arguing that the regulator did not give it a fair hearing before declaring it a Significant Market Power; and that such a refusal offends the NCA Act itself.

MTN also wanted the High Court to prohibit NCA from further circulating or acting on the said decision.

But the Court, presided over by a Justice of the Court of Appeal, Samuel Asiedu, sitting as additional High Court Judge, said unless MTN successfully proved that NCA was “discharging its functions in a manner not sanctioned by law, it will not be proper for a restraint order to be issued against [NCA]”.

Based upon this, the Court said it was unable to stop NCA from circulating or acting on its declaration of MTN as a significant market player.

The Court opined that the opportunity offered to MTN to make input by way of data fulfills the requirement of due process and procedural fairness. It however added that MTN is still permitted by law to engage NCA on the implementation.

The Minister of Communications, Ursula Owusu-Ekuful, has also in an interview with Citi Business News welcomed the High Court’s ruling, saying the decision will give the NCA the opportunity to begin work on the implementation of specific measures within the telecommunications industry to provide a level-playing field for all network operators.