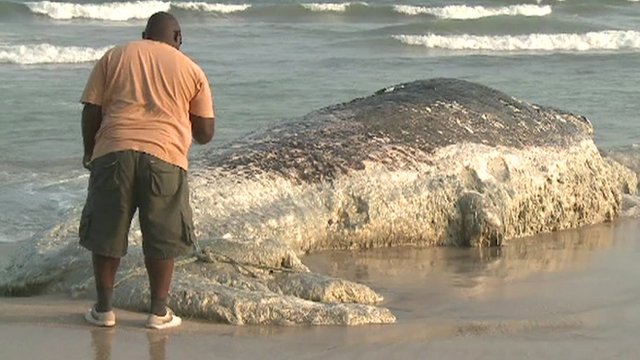 Last weekend a dead whale was washed ashore at Atuabo in the Ellembelle District of the Western Region.

The whale was found in between the pre-fabrication area of the Ghana Gas Company and the Atuabo ceme­tery.

Prior to this, over 21 cases of dead whales being washed ashore in the Western region have been reported.

According to indigenous in the region the death of the whales begun when Ghana begun crude oil production in 2010.

Earlier the EPA denied any link between the deaths of the whales and the oil and gas exploration activities.

The EPA however cites a possible collision of a vessel or target killing by fishermen as two main possible reasons for the death of the whale on Sunday.

Meanwhile the EPA says it will conduct more research to ascertain if the drilling of oil of the coast of Ghana has any links to the deaths of the whales.

Kasapa has not been sold