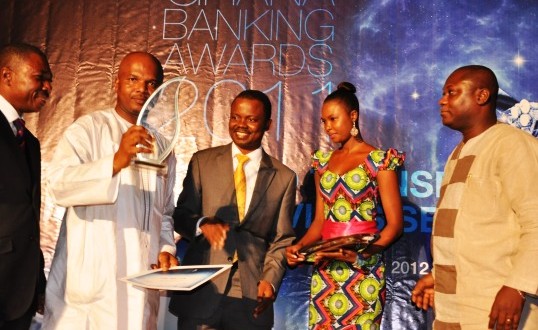 The 13th edition of the Ghana Banking Awards originally slated for Saturday, September 13, 2014, has been postponed to Saturday, November 1, 2014.

The Ghana Banking Awards are the most hotly contested awards in the Ghanaian banking industry and presently concentrates on the Universal Banks sub-sector.

Organized by Corporate Initiative Ghana, a not-for-profit entity, the awards are based on both quantitative and qualitative data obtained from the banks.

Since 2001, CiG has organized the Ghana Banking Awards with the aim of identifying and rewarding excellence in the universal banking sector of the industry.

Speaking to Citi Business News Chief Host, Head of Award Planning Board Nana Otuo Acheampong said the event was postponed due to the challenges faced by the company contracted to undertake the survey.

“It was due to primarily some challenges we had to do with the survey part which was endangered by state of the economy and so it’s affected the survey. The survey company also had some challenges to do with logistics and personnel but it has been resolved now and the awards would come on the new set date.”

Nana Otuo Acheampong said the challenges had nothing to do with funding because the awards is fully sponsored by Graphic Communications Group Limited who remain committed to the awards and are working assiduously with all other stakeholders to ensure that the event comes off on the new date as announced.

Miners to finalize Obuasi mine layoffs with Anglogold