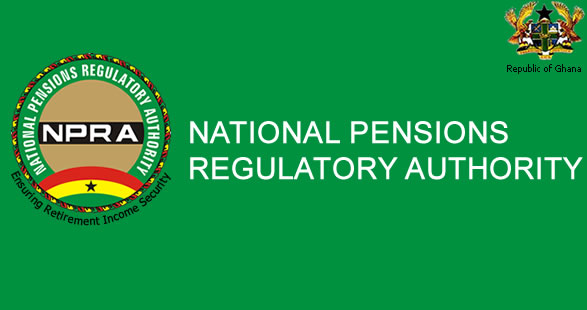 The National Pensions Regulatory Authority (NPRA) has directed employers to by the close of this year register their employees under the new national pension scheme or face their wrath.

According to the authority, some employers have refused to register their employees under the scheme even though it is an offence not to do so.

According to the authority employers who fail to register their employees by close of the year will be sanctioned.

The Chief Executive Officer (CEO) of NPRA, Laud Senanu in earlier interview said the authority has engaged trustees at all levels “We want to do a lot more public education. The ultimatum should have come long ago.”.

But at the 54th Annual General Meeting of the Ghana Employers Association, president of the association Terence Darko disclosed that there were still a lot of obstacles which were hindering the implementation of the new national pension scheme.

But the Director of Regulations at the NPRA Emmanuel Amartey tells  Citi Business News employers have up to the close of the year to register their employees or be sanctioned.

“If they fail to do that, then we will be compelled to place the employees on a scheme with a corporate trustees,”

He explained that when the scheme started some few years back, there were no corporate trustees, no fund managers and no custodian banks, because the authority was new. However, it was agreed with all stakeholders that Social Security and National Insurance Trust (SSNIT) would collect all contributions under the second tier and send them to Bank of Ghana (BoG) before the licensing and registration of the second tier providers.

Emmanuel Amartey said now all those monies have to be transferd to the registered schemes who have registered contributors.

“Am telling the Ghana Employers Association that the situation is not as bad as is being projected. Soon we are coming out with a deadline by which time we expect every employer to set up their own scheme or enroll on a scheme. Otherwise some serious sanctions would apply, at least by the close of the year.”