Committee reveals cause of helicopter crash 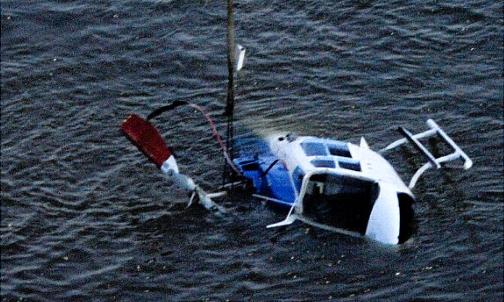 An oil spill on the engine of the helicopter that crushed early this year in Takoradi in the Western Region, might have been the cause of the crash, that led to the death of three workers of Luk Oil.

This is according to the five-member investigative committee set up by the transport ministry.

The committee presented their final report to the ministry this afternoon.

The investigations was to establish the probable cause of the accident, determine the extent of fatalities and injuries, and the extent of losses or damage to property.

According to the chairman of the committee Victor Opoku, their investigations revealed there was fire on the helicopter before it crashed into the sea.

Meanwhile the minister of transport Dzifa Attivor has revealed the details of the report will be forwarded to the appropriate agencies and made public soon.