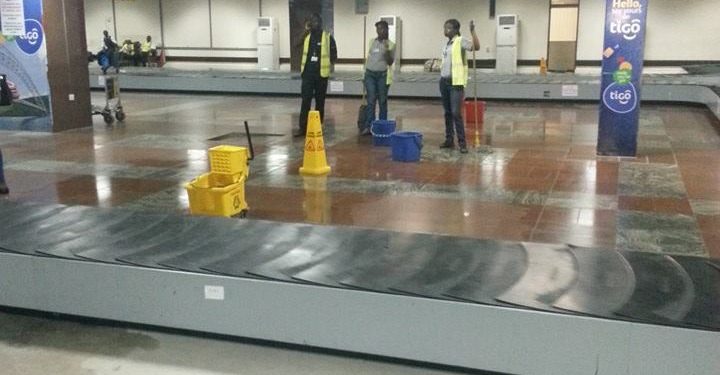 The Ghana Airport Company Limited (GACL) has told Citi Business News it will complete re-roofing of the Kotoka International Airport (KIA) by the end of December.

Most parts of the airport including the arrival and immigration halls got flooded on Saturday evening after a heavy downpour.

The airport has flooded on several occasions this year alone.

But the GACL says the project is part of the phase three rehabilitation of the airport, which will end flooding of the facility.

Managing Director of Ghana Airport Company Limited Charles Asare in an interview with Citi Business News said workers are currently on site to correct the cause of the flooding by end of this year.

“In the meantime, arrangements have been made for passengers, going through Immigration and Customs checks to leave without their baggage getting wet in case of a rainfall.”

According to him although the on-going re-roofing of the terminal was supposed to take a few months, they had realized that there was more work to be done.

He adds that due to increases in passenger traffic worldwide, several airports around the world, such as Frankfurt, Lagos and Heathrow are constantly working on their airports.

Charles Asare apologized for the flooding attributing it to leakages of the roofs.

“We have approval to replace the whole airport roof. Until it is finished I cannot guarantee that there would not be leakages. It’s going to take a while because it’s a very old building and the entire roofing both domestic and international roof are being changed and there are workmen right on top of the roof now as we speak.”