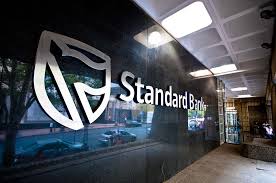 Standard Bank is the only African bank ranked in the top twenty, achieving a total overall score of 72.5.

The bank also achieved a score of 76.8 for Clean Energy Investments and a score of 62.3 for Reducing Environmental Impacts.

Karin Ireton, Head of Sustainability Management at Standard Bank said: “The Bloomberg ranking represents Standard Bank’s commitment to sustainability in every aspect of our business operations in South Africa and elsewhere. We are focused on reducing our overall impact on the environment, and financing and supporting energy related projects that contribute to the up liftment of the communities in which we operate.”

To rank banks’ environmental records, Bloomberg Markets looked at their investments in clean energy and efforts to reduce their own waste and carbon footprints.

Banks were judged based on materials provided by annual and corporate social responsibility reports, websites and other public documents covering the 2013 fiscal year, which are supplemented by research and verification undertaken by Bloomberg.

The clean-energy investments category accounts for 70 percent of the score and is determined using information on the banks’ activities with regard to clean-energy projects, including renewable energy as well as other related initiatives.

The World’s Greenest Banks 2014 report is dominated by European-based banks with Banco Santander (Spain) achieving first place followed by BNP Paribas of France and Unicredit of Italy. Other countries with representation in the top twenty include Japan and Brazil.

Most Ghanaians likely to invest or save extra income-Barclays Report