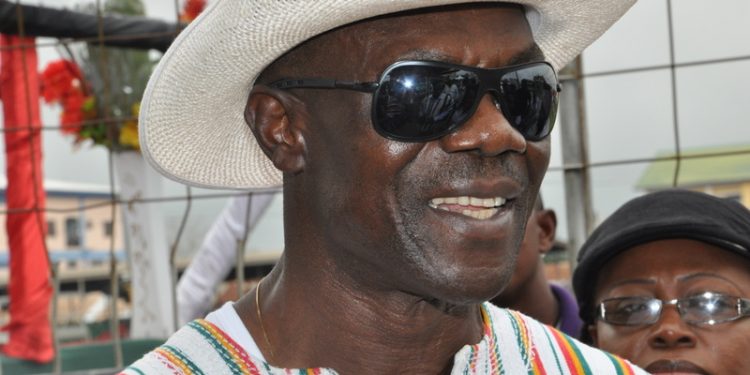 The former national security coordinator was given the nod after majority shareholders of Expresso, Sudatel gave him the power of attorney to run the telecommunications company.

Gbevlo Lartey a former army officer was relieved of his position as national security coordinator by the President John Mahama in April 2014.

Industry players in the telecom industry have remained tight lipped about his new appointment and what he will bring on board especially at a time when Expresso is facing some financial and operational challenges.

Majority of Expresso’s challenges has been tied to its affiliation with Sudan and Sudatel which has made difficult to raise capital locally and internationally and deal with vendors.

Expresso’s Chief Commercial Officer Freddie Quainoo earlier told Citi Business News their ‘main challenge is their affiliation with Sudan and Sudatel which has made it difficult to raise capital locally and internationally and deal with vendors. ‘So we need to look at our structure so we can deal with these challenges’. He added.

Expresso, over the years, has struggled to increase its market share in the telecom industry.

It has had the least subscriber base in the industry for years.

But in August, 2014 Expresso dismissed reports that it has been sold, after Sudatel on its website, announced to shareholders in its financial report for the first half of this year, that it had concluded the sale of Kasapa in Ghana.

In November, 2014 Expresso made news for the wrong reasons.

This was after MTN and Airtel cut ties with it for failing to meet its financial obligation to them.

MTN however restored the services on the 20th of November,2014 after the two resolved the matter mutually.

It still however, remains unclear whether Col.Gbevlo Lartey will remain the CEO of the company in the longer term.