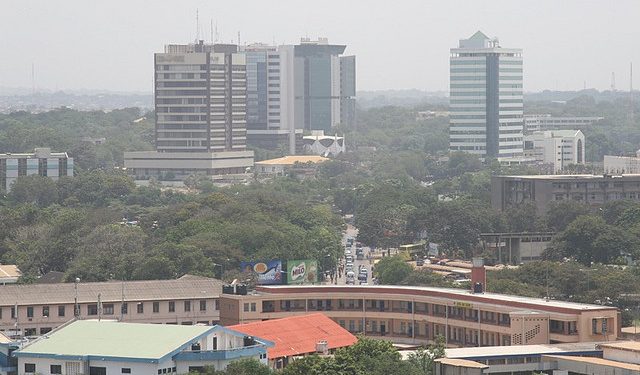 Corporate Ghana every year witnesses some interesting movements be it resignations, dismissals or what have you.
These movements usually make or break the companies or institutions.

In 2013 for example the banking industry witnessed the appointment of four women as bank managers of four banks in the country.

So as we prepare to see the new movements in 2015 let’s take a look at 2014 and the biggest corporate movements that caught our attention.

In the first of our two part report we look at five of the 10 biggest corporate movements in 2014.

The big shakeups in 2014 begun in the banking and financial industry and later moved to the telecom and mining industries.

The first major appointment that caught our attention was the appointment of Albert Essien as the CEO of Ecobank Transnational Incoportaed (ETI) in March of that year.

His appointment followed the dismissal of Thierry Tanoh as CEO and brought to an end, a nine-month battle over allegations of mismanagement that shook confidence in the pan-African lender.

The wrangling in Ecobank which led to the appointment of Mr Essien had been keenly monitored by industry players for months.

Prior to his appointment Albert Essien was the deputy chief executive of the bank and was in charge of the corporate and investment banking arm for more than 20 years.

According to him running the bank had been his dream from the onset.

‘Immediately I got into Ecobank I said I will run that bank, i told myself, i will become the MD of the bank.

There is nothing wrong with having ambitions it’s how you mange them, there should be no crab mentality, you should not stand on the shoulders of others to get to the top.’ He said.

Then came the big shocker, in that same month, the announcement that, the Co-Founder of Data bank Keli Gadzekpo had stepped down as the Chief Executive Officer of the bank, a position he had occupied since 2012 after Ken Ofori-Atta resigned due to health reasons.

Keli Gadzekpo together with Ken Ofori-Atta and James Akpo (Togbe Afede XIV) set up Databank in 1990.

Mr Gadzekpo moved to Enterprise Group as its new CEO after his resignation from Data bank.

Keli Gadzekpo in an interview with Citi Business News said his new role is ‘an opportunity for him to shift emphasis from stewardship and overseeing governance as a director, to leading the company at an exciting time in its 90 year history’.
Then came the appointment of Roshi Motman as the MD of Tigo in the same month.

This appointment was an interesting one because it was the first time a woman had been put at the helm of affairs of a telecom company in the history of the country.

Prior to this appointment we had seen the likes of Mawuena Trebah, Ursula Owusu among others who played key roles in the industry some years back, but not to that height.

Though not Ghanaian and Swedish by birth Ms Roshi Motman’s appointment showed the industry after all was not one, that was male dominated.

Then in April came the appointment of Lucy Quist as MD of Airtel.

Lucy Quist became the first Ghanaian woman and the second woman in the history of the country to be appointed to head a telecommunications company.

Lucy’s technical and business acumen, industry experience and in country perspective have so far played a pivotal role in driving the company’s journey outside the traditional consumer arena.

In that same month a known name in the mining industry Dr.Tony Aubynn was appointed as the new Chief Executive Officer of the Minerals Commission.

Questions were raised about his appointment due to his previous role as the CEO of the chamber of mines and the chief lobbyist for mining companies.

His critics asserted that he may not be effective in his new position due to issues of conflict of interest having been the Chamber of Mines boss.

But Dr.Tony Aubynn downplayed their fears. “Personally anyone who has followed me and the things I have said before know they have all been said with Ghana in focus”. He said.

He said,” Some people have forgotten that we were the people advocating for more royalty payment to the communities for development, and I have been very active in ensuring Ghanaian involvement in mining”. He stressed.