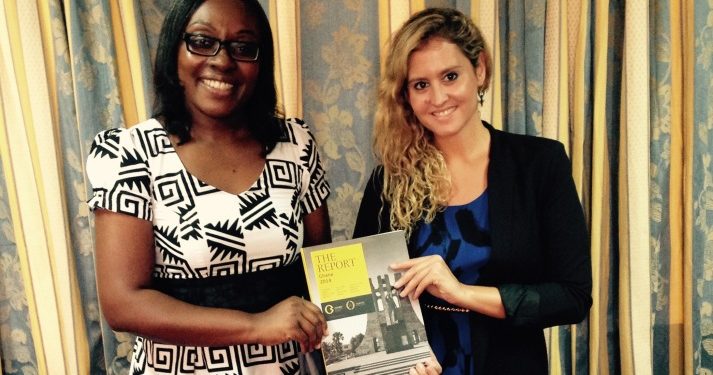 The forthcoming edition will look into the country’s efforts to tackle its deficit and rising debt through fiscal tightening.

The publication also looks at shifts in industry trends, including a move to up the emphasis on downstream products, following heavy investment in refining capacity, as well as Ghana’s push to boost local participation.

OBG’s latest report contains a contribution from President John Dramani Mahama, together with a detailed, sector-by-sector guide for investors.

It also features a wide range of interviews with leading representatives, including the Deputy Minister of Finance Mona Helen K Quartey, the Minister of Lands and Natural Resources Nii Osah Mills, the CEO of the Ghana Investment Promotion Centre (GIPC) Mawuena Trebarh and the Governor of the Bank of Ghana Kofi Wampah.

International personalities, including the US Secretary of Commerce Penny Pritzker, the Regional Director for Sub-Saharan Africa and the Sahel at the German Federal Foreign Office Georg Wilfried Schmidt and the President of the African Development Bank Donald Kaberuka also give their views on Ghana’s development.

The Report: Ghana 2014 maps out the country’s efforts to expand and diversify its electricity supply, while considering the role earmarked for the Power Africa initiative in tapping investment for the sector.

There is also extensive coverage of the country’s mining industry, which, despite a difficult 2014, remains a key contributor to the economy.

With a modernization drive under way, OBG’s latest report highlights Ghana’s efforts to breathe new life into its agricultural sector, which remains dominated by cocoa.

The publication also mulls the macroeconomic challenges Ghana faces, led by fiscal deficits, inflation and a weaker currency, while analysing the boost that support from the International Monetary Fund (IMF) could help in galvanising a recovery.

Andrew Jeffreys, OBG’s CEO, agreed that while the Group’s report on Ghana had highlighted several macroeconomic issues which needed addressing, the country should remain a draw for investors.

“Ghana’s position as a major regional upstream producer is now firmly established, while fresh finds may well prove significant,” he said. “With a new gas processing plant in place providing feedstock and boosting efficiency, and other sectors, such as ICT, ripe for expansion, all signs are that Ghana will continue to notch up steady growth, even as its economic base shifts somewhat.”

Managing Editor Robert Tashima said that while Ghana’s fiscal situation was undoubtedly challenging and had been exacerbated by softening prices for key exports, a number of the economy’s underlying aspects remained strong.

“If current spending can be brought under control and secondary activity increased – which should be manageable once the gas infrastructure is up and running – then the medium-term outlook is bullish,” he said.

The Report: Ghana 2015 will look in detail at the reforms which the government is implementing in a bid to improve the country’s budgetary position and attract new investment. It will also outline the infrastructure projects earmarked for development, which are expected to be instrumental in boosting GDP growth.

The Ghana Investment Promotion Center (GIPC) has signed a Memorandum of Understanding (MOU) on research with OBG for its forthcoming report on the country’s economy.

Under the MOU, which marks a fourth year of collaboration, OBG will have access to the centre’s resources to compile The Report: Ghana 2015.

Mawuenah Trebarh, GIPC’s CEO, said that OBG’s reports on Ghana had quickly become recognized as a trusted source of economic intelligence, serving as a valuable tool for investors both locally and on a global platform.

“As we prepare to build new linkages and support growth for Ghanaian businesses in the long term, we look forward to continued collaboration with OBG,” she said.

OBG’s Editorial Manager Matt Johnson added that Ghana’s plans for reforms would be well received by investors, while its commitment to reducing the budget deficit to 3.5% of GDP by 2017 had been noted by the IMF.

“Ghana’s economic outlook is positive, despite the challenges it faces, while the administration’s plans to invest in transport and utility infrastructure and encourage industrial expansion should benefit long-term growth,” he said.

“The GIPC is a major player in Ghana’s push to attract foreign investors to the country and support local business development in key areas, such as electricity infrastructure. I am delighted that its team and Ghana’s business community will once again share their local knowledge with us as we begin work on The Report: Ghana 2015.”

The Report: Ghana 2015 will be a vital guide to the many facets of the country, including its macroeconomics, infrastructure, banking and other sectoral developments. It will also contain a range of interviews with leading representatives and personalities. The publication will be available in print or online.