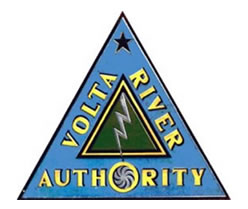 We refer to the article on Ghanaweb Website with the above caption, indicating that Ghana gas is waiting for VRA to bring up all its plants so that Ghana gas can increase production to 120 million standard cubic feet per day.

Currently, all units at the VRA’s T1 and T3 plants are running on gas supply from Ghana Gas Company since November 2014 with the exception of the TICO units which are not ready to run on gas.

However, the first TICO unit has recently been returned to service after a long outage, and we expect the process of conversion to gas to be completed within the next two (2) weeks to increase gas consumption to about 80 million standard cubic feet.

The second TICO unit has been taken out of service for scheduled maintenance and will be available in March.

Accordingly, the full 120 million standard cubic feet can be used from March 2015.

We also note that even though VRA is responsible for supplying TICO with fuel, we have no control over its operations.

TICO has not been able to complete the commissioning of its plants to gas due to the erratic and inadequate supply of gas from Nigeria.

TICO is therefore unable to immediately start operating on gas as the units require some work before the fuel switch.

Dr. Botchwey admits in his article that gas supply has been stable since January 5, two (2) months after commissioning, which is not unusual.  However, we expect some understanding of the difficulties of making all our plants ready for gas. TICO units have run solely on crude oil since completion in 2000 and therefore need some fine tuning to run successfully on gas.

Dr. Botchwey himself admits the difficulties with the commissioning process of Ghana gas.

He says in his own words: “all things being equal, we now expect that the commissioning process will be significantly concluded by the end of January 2015.

All things are not equal at Ghana gas as Dr. Botchwey admits because the gas commissioning process is not complete for full normal operations.  So, we like Ghana gas need forbearance.