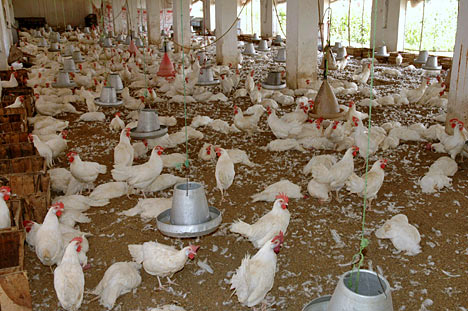 [contextly_sidebar id=”0kIypm9veYZsm8UKFs0Kc6y7G6Js0eCt”]EDIAF was tasked by President John Mahama in 2014 during his state of the nation address to make available 39 million cedis to poultry farmers to boost their operations.

During this year’s state of the nation address President Mahama asserted that the poultry farmers had received the cash from EDIAF and an additional 200 poultry farmers will receive financial support from the fund.

But the chairman of the Ghana Poultry Farmers Association Kwadwo Asante tells Citi Business News they have not received any money from EDIAF.

‘’We received the letter in August, and we were thinking we will receive the money in 2014 but till date we have not received the money but we are still expecting the money from EDAIF; we do not know why it isn’t coming’’ Mr Asante said.

Fourteen million cedis from the 39 million cedi fund was to support poultry production in the Ashanti Region, while GHC 3million was to be channeled into poultry apprenticeship as grants and GHC 21 million to support Jfanko Limited set up a processing plant in Accra.