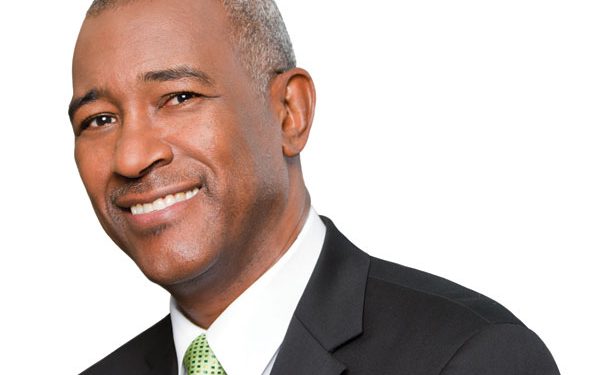 But the bank’s new board a few hours after that pronouncement appointed a substantive MD.

Osei Asafo Adjei’s name popped up yesterday during the bank’s AGM after the bank’s outgoing MD Asare Akuffo announced to shareholders that the bank had appointed him to act in the interim as MD while a substantive MD is being sought.

“Valued shareholders I will start my leave prior to my retirement tomorrow am very delighted to inform you that the board of directors have appointed my colleague Osei Asafo Adjei Executive Director in charge of Corporate Banking to act as managing director into the future.

I can assure you that he is a very capable person and if given the opportunity he will carry your bank to the next level.”

Osei Asafo Adjei speaking to Citi Business News after the announcement said he will turn the fortunes of the Bank around.

“I feel delighted and I feel my hard work has been rewarded and that am going to continue the good works of Mr. Akuffo going forward.

The vision for the bank is not going to change, we have a business plan that we have been implementing and am going to continue to implement that.

But Osei Asafo Adjei’s appoinment was to last a few hours.

A few hours after the announcement by Asare Akuffo the board of the bank agreed to appoint Robert Le Hunte as its substantive MD.

Sources familiar with developments in the bank telll Citi Business News the move was to bring to an end the uncertainties which have recently hit the bank.

Robert Le Hunte who prior to his appointment as the substantive MD of the bank was the executive director in charge of risk management at HFC bank.

Citi Business News has learnt his appointment takes effect from July this year and will be acting as MD from now till that date.

Robert L. Le Hunte is a graduate of Economics of the University of Western Ontario, Canada.

He has been Executive Director at HFC Bank Ghana Limited since April 2013.

Prior to that appointment Mr. Le Hunte served as General Manager of Special Projects of Republic Bank Limited as well as the Chief Executive Officer and Managing Director of Barbados National Bank.

He is a member of the Institute of Chartered Accountants of Trinidad and Tobago and serves as the President of the Barbados Bankers Association.

Meanwhile industry players are hopeful the latest development will bring to an end the long board room battle between the bank and its majority shareholder Republic bank.

The two have been embroiled in a long battle over the acquisition of shares in the bank.
–
By: Vivian Kai Lokko/citifmonline.com/Ghana