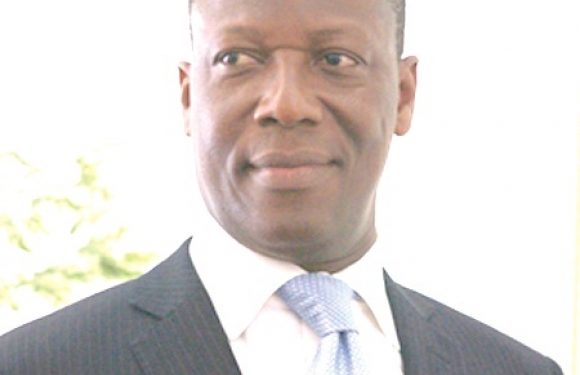 [contextly_sidebar id=”NXQXkoeKio7B4vpUFaIsbqsBj4V2lxHK”]Osei Asafo Adjei prior to this appointment was HFC’s Director of Corporate banking.

Prior to his appointment, he was the General Manager Business Development at The Trust Bank (TTB).

In his capacity as the General Manager Business Development (TTB) he was responsible for all the lending functions including Corporate Banking, Business Banking, Financial Institutions & Markets.

He was also in charge of Treasury, Retail and Private Banking as well as Marketing and Communication Development.

Mr. Asafo-Adjei will be taking over from Asare Akuffo who has been MD of HFC for close to 10 years.

Asare Akuffo whose contract ends as on the 30th of June,2015 and also due for retirement has requested to leave before that date to take up his accumulated holidays.

Mr Asare Akuffo joined HFC bank in 1990 having worked as an investment manager at the Social Security and National Insurance Trust (SSNIT).

He was appointed Finance Director in 1995 and later the Deputy Managing Director in 2003 when HFC converted to a bank.

In 2005 he was made the Managing Director of HFC Bank Ghana Limited.

Asare Akuffo addressing shareholders for the last time this morning as MD of the bank at the bank’s ongoing Annual General Meeting (AGM) confirmed he will be stepping down as MD of HFC tomorrow.

According to him the bank enjoyed tremendous success during his tenure.

Meanwhile the bank’s board chairman Muriel Edusei has resigned with immediate effect from the board.

She also announced this to shareholders a few minutes ago.

No named has popped up yet for her replacement.