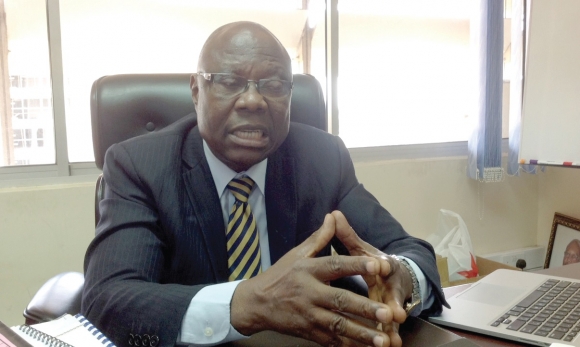 CEO of the CSD, Stephen Tetteh

In anticipation of the introduction of more capital market products to Ghana’s markets, the Central Securities Depository (CSD) Limited is moving to install a new CSD platform with expanded functionalities by October.

[contextly_sidebar id=”ee8EfWZCmtBgU9HpM3JX1YZnwjcTc58c”]An agreement to that effect had been signed with Millennium Information Technologies of Sri Lanka, a member of the London Stock Exchange Group, to undertake the installation.

The Chief Executive Officer (CEO) of the CSD, Stephen Tetteh, said the new platform will be interfaced with the Automated Trading System of the Ghana Stock Exchange and the Real Time Gross Settlement System of the Bank of Ghana for straight-through processing of transactions.

“It would also be linked to all the dealers including all banks, brokers, custodians and registrars. When the platform is completed, investors will hold their shares and treasury bills and bonds in a single account,” Mr Tetteh told journalists at a briefing.

It also has the tools that will allow investors to have on-line access to their accounts.

At the end of 2014, the Depository has opened 647,212 accounts for investors in government of Ghana securities and 82,481 for shareholders in equity.

There was also the conversion of 8.5 billion shares in paper certificates into electronic shares, representing 85 per cent of all shares listed on the Ghana Stock Exchange.

Mr Tetteh said the value of Government’s Securities outstanding in the Depository totaled GH₵ 28.16 billion at the end of 2014 of which foreign investors hold about 25 per cent.

To drive the Ghana Securities Depository’s vision of becoming a world class institution, he said a five-year medium term strategic plan had been developed for 2015 to 2019.

Mr Tetteh added that within the period, the CSD hope to establish strategic alliances with International securities depositories that would help it enter the European and African Capital Markets.

There are also discussions with the London Stock Exchange to sign a memorandum of understanding.

Mr Tetteh said the CSD Ghana Limited will organize a series of public forums to educate investors and to increase awareness of the general public on their services.

Ghana’s exports to Italy on the rise