Ghana’s exports to Italy on the rise 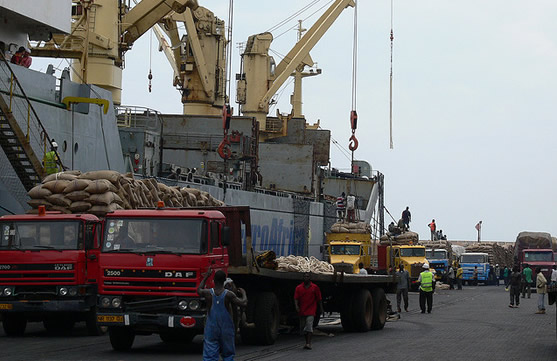 He said while the country ran a large trade deficit with Italy from 2000 to 2010, the trend reversed in 2011 with Ghana reporting a significant trade surplus against Italy in 2011 and 2012, as a result of exports of petroleum oils.

[contextly_sidebar id=”1JaON9lb8vDsx1MIuJdKMcWkXfoQ3T8k”]Dr Spio-Garbrah noted that Italy is Ghana’s 18th largest supplier of imports, supplying 1.2 per cent of Ghana’s imports worth $257 million in 2012 and Ghana’s 2nd largest export destination, accounting for 12.4 per cent of exports worth 976 million dollars in 2012.

He said this at the launch of Milan Expo 2015 in Accra to intensify bilateral, economic, scientific and cultural partnerships with countries around the globe on the theme: “Feeding the Planet, Energy for Life.”

The Milan Expo intends to address the universal and complex theme of nutrition from an environment, historical, cultural, anthropological, medical, technical, scientific and economic point of view.

The Expo is designed on a cluster model which represents one of the innovative elements and is organized into six specific food chains-coffee, cacao, spices, fruit and legumes, cereals and tubers.

Dr Spio-Garbrah said Italy is the eighth largest economy in the world with a well-diversified export sector and expressed optimism that Ghana could learn lessons from Italy to increase its non-traditional export earnings to $5 billion by 2018 through the implementation of the National Export Strategy.

He said the numerous Italian companies in the country lend credence to the cordial relationships that exist between both countries, adding that a total of 43 Italian projects were registered by the Ghana Investment Promotion Centre from 1994 to 2012.

According to him, the Ghana Private Sector Development Facility is a credit facility by the Italian government for small and medium scale enterprise to import capital goods and services from Italy while a component could be used for other goods and services of Ghanaian.

Dr Spio-Garbrah was hopeful that the Expo would strengthen the existing cordial political and socio-economic ties between the two countries as well as other participating countries.

Italy’s Ambassador to Ghana, Mrs Laura Carpini, said the Expo was inaugurated on May 1 and would be opened until October 31, and it is the first universal exhibition dedicated to nutrition and food.

“In the world where a greater number of people is suffering from hunger, obese and almost 800 million of people so not have access to clean drinking water, the strategic goal of the expo is to address these problems,” she added.

“Understanding the cultural aspect of nutritional traditions and innovations is crucial to fully appreciate the ambition of the Expo challenge. Nutrition is too important to leave it to business or to politics only, it is a global issue and needs a holistic response”.