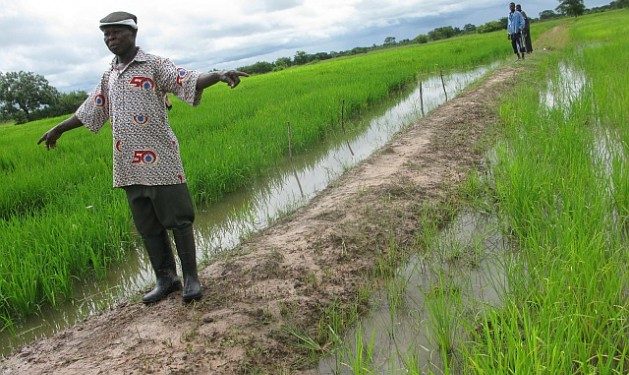 A farmer from the Kasena Nankana district in the Upper East region, Mr. Richard Akoka has revealed that some rice farmers in the region are compelled to sell their produce at a cheaper price due to the non-existence of a processing plant.

Mr. Akoka, who owns a hundred acre rice farm explained that, farmers in the region sell their produce at a cheaper price to aggregators to enable them make a living.

“As am talking to you now we have a lot of rice sitting in the Upper East, we are not getting market because of the cost of production of our rice in Ghana”, he told Citi FM Breakfast Show host, Bernard Avle on the Citi Business Edition.

According to him, farmers go through difficult moments to get their produce processed, hence the decision to sell the rice at a cheaper price.

However, reacting to the claims, a USAID Advisor to the Ministry for Agriculture, Mr. Kwesi Korboe blamed the development on information asymmetry among farmers in the area.

“There is lack of information because in the north there is a modern mill looking for paddy rice to buy”, he said , pointing out that a rice processing company, Avinash is currently in search of rice to process for export.

Mr. Korboe maintained that there are many opportunities for farmers if the right information will get to them, particularly on how to increase output.

He stated that adequate information positions farmers to even sell their produce before they harvest them through a negotiated term.

Agriculture, until recently, has been the mainstay of the Ghanaian economy– employing majority of the population, particularly in the rural areas.

Dzifa Attivor hands over to Fiifi Kwetey as Transport Minister