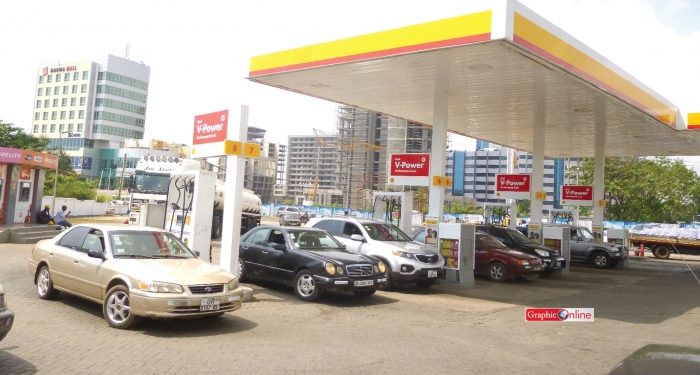 The Chamber of Oil Marketing Companies (OMC) has taken a swipe at the Member of Parliament (MP) for Bawku West, Cletus Avoka, over his comments that the increasing number of filling stations sited along the Navrongo – Paga road in the Upper East Region could be an avenue for smuggling petroleum products to neighbouring Burkina Faso.

The OMC’s comments come after claims by Cletus Avoka who also doubles as the Chairman of the Ghana Immigration Service (GIS) Board that the increasing number of filling stations along the Navrongo – Paga road in the Upper East Region could be an avenue for individuals to smuggle petroleum products to neighbouring Burkina Faso.

But in an interview with Citi Business News, the Chairman of the Chamber of Oil Marketing Companies, Kwaku Agyeman – Duah said its members were not doing anything illegal but rather were creating employment for the youth in the area.

“I will be surprised to hear now that our prices are so high that we should not have fuel stations especially when the system has been deregulated fully.

The stations lined up there are the same Ghanaians who are working over here. We are creating jobs for Ghanaians and especially for the youth up north or at those locations,”.

“Because we do not take any person from the south to go there to work. I don’t see anything wrong with that and remember for these fuel, we pay taxes on them to the state because the more we sell, the more taxes the government raise. We are not doing anything illegal.”

He stated. Kwaku Agyeman Duah however maintained that competition would eventually lead to the unprofitable businesses falling out along the way, “Remember that in the deregulated environment if competition is so stiff, some will fall out along the way. We the OMC’s should rather be worried because we will not be getting the volumes that we need and not make the margins that we need.

But if people are not happy about those stations being cited there that is a different ball game which I thing is unnecessary,” he noted.