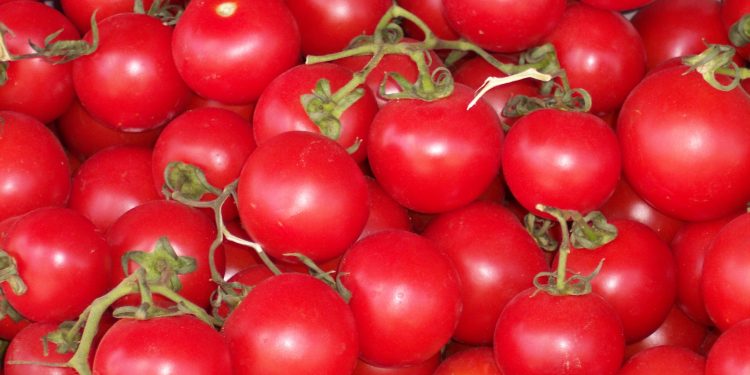 The price of tomato has once again dropped marginally four times in a row. The prices has of the commodity has been dropping since the third week of January this year.

Prices of tomoatoes dropped by 11 percent to end the second week of February at 6 cedis 90 pesewas per medium size tomato tin. This was followed by gari, wheat, yam and rice whose prices increased between 4 and 8 percent.

The prices of fresh tubers of cassava, soyabean, millet, cowpea and groundnut however made gains of between 4 and 12 percent. On the various markets, a “medium size tomato tin” full of fresh tomatoes lost 2 percent in Accra to close the week at 10 cedis; at Bawku, the price dropped by 33 percent to close the week at 3 cedis 60 pesewas.

View below for more: