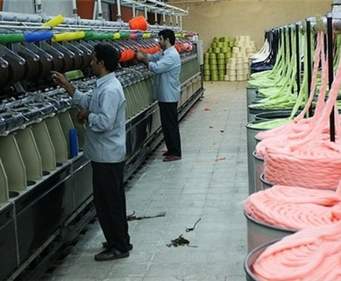 Partnership agreements in the sector of textile will be signed by June between national public and private operators, announced Minister of Industry and Mining Abdessalam Bouchouareb, while underlining the need for foreign partners.

“We are preparing three to five public-private partnership agreements on projects in textile industry. The participation of foreign partners is necessary to win back the domestic market, which has become very demanding,” said Bouchouareb on the sidelines of the Algerian Textile Forum, held Monday in Algiers.

“This situation can no longer continue: the public sector in one side and the private sector in the other. They should join forces with foreign partners so that the textile industry regains its position in the domestic market,” he stressed.

The complementarity between the public and private sectors with the foreign expertise will help achieve this objective, he added.

In his address at the Forum, the minister said that the Government’s industrial development strategy aims at boosting the sector of textile and leather, which represents a market of US$4 billion in Algeria, but very “poorly exploited,” he added.

This situation resulted in the deterioration of the sector over the past thirty years, he explained.

For his part, the Secretary General of the General Union of Algerian Workers (UGTA), Abdelmadjid Sidi Said underlined the importance of the sector of textile in the creation jobs and economic growth.

He also called for the holding of similar forums for other industrial fields, like food processing and electrical goods.

The head of the Algerian Business Managers (FCE), Ali Haddad, expressed the commitment of the FCE members to support the Government’s strategy to boost the field.