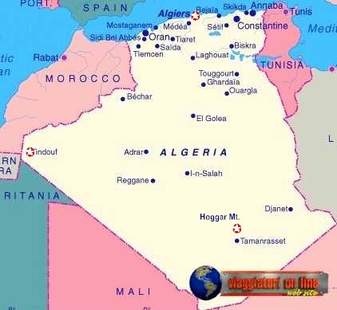 Algeria’s foreign exchange reserves dropped to US$143 billion in late 2015, down by US$35 billion in one year, said Monday in Algiers the representative of the International Monetary Fund (IMF).

“The foreign exchange reserves are indeed still at a high level but they dropped by US$35 billion in 2015, down to US$143 billion against US$194 billion in 2014,” said the adviser to the IMF Middle East and Central Asia Department, Jean-François Dauphin.

Dauphin has led the IMF mission to Algiers from March 1 to 14 as part of the annual discussions held by this Bretton Woods institutions and its Member States, in accordance with article IV of IMF statutes for the annual assessment of countries’ economic policies.

According to him, the impact of sharp decline in oil prices on growth “has been limited so far, but budget and external balances have significantly deteriorated.”

The budget deficit almost doubled in 2015 compared to 2014, moving to 16% of GDP, due to the drop in oil revenues, he explained.

Zimbabwe: U.S$15 Billion Diamonds Looting - Was Mugabe in a Coma?