Anglogold Ashanti yet to receive security protection at Obuasi mine 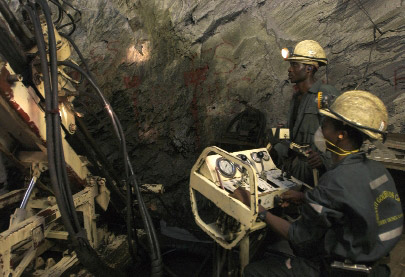 Citi Business News has gathered that numerous meetings between AngloGold Ashanti executives and representatives at all levels of Ghana’s government, have failed to see the return of supplementary security to the mining company’s Obuasi concession.

The situation, according to AngloGold Ashanti, has seen illegal miners continue to damage parts of the ore body and important infrastructure, raising the risk that the site will be irreparably damaged if the situation is not addressed.

Currently, Anglogold Ashanti has suspended its operations at the mine providing only essential services following clashes between illegal miners and some of its staff, leading to the death of one of its top manager early this year.

The Head of Operations at Anglogold Ashanti, Eric Asubongteng, in an interview with Citi Business News said there is growing threat to AGAG’s ability to continue supplying critical services to the Obuasi Mine and to local communities.

“Law and order have still not been restored at the mine as we speak even though we have followed up and had a lot of engagements with various levels of government. We want government to restore law and order immediately as the illegal miners over-run the current operation of the mine .It is important that law and order is restored so that our key infrastructure can be secured to allow us to get back to doing normal work and business.”

Meanwhile AngloGold Ashanti in a press statement copied to Citi Business News confirmed having completed the voluntary process to surrender some 60% of the Obuasi mine concession to the Government of Ghana.