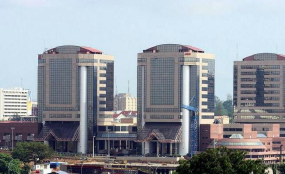 Nigerian unions on Thursday ended a day-old strike against the revamp of the beleaguered state oil firm after a minister promised there would be no job cuts.

The unions said they had not been informed of the plan to streamline the inefficient and corrupt Nigerian National Petroleum Corporation but called it off after junior oil minister Emmanuel Ibe Kachikwu said that the restructuring would not entail any lay-offs.

The strike worsened a fuel shortage in Africa’s biggest oil producing country, where long queues of cars in the roads waiting for gas at petrol stations has caused the commercial hub of Lagos to gridlock for over a week.

“The strike was called off around 5:00am (0400 GMT) this morning at the end of an all-night meeting with union officials,” Ohi Alegbe, a spokesman for the national oil firm, said.

“The minister clarified the government’s position on the ongoing reorganisation in NNPC. At the end of the day, the unions were satisfied,” he said.

Alegbe said normal operations had resumed “fully at the various petrol depots and the current long queues will soon disappear.”

But a senior official from the NUPENG union, Tokunbo Korodo, told AFP that the petrol shortages would continue as a shortage of foreign exchange in Nigeria was exacerbating the problem.

“There had been fuel scarcity before the strike … It is important for the government to address the exchange rate problem,” Korodo said.

Nigeria’s naira currency is trading at more than 300 to the dollar in the black market, far above the official rate of 197-199.

Despite being Africa’s biggest crude producer, Nigeria has to import petroleum products because of a lack of capacity at its four functioning domestic refineries.

The government keeps prices at the pump low and pays the difference to fuel importers, who frequently hold the country ransom by refusing to distribute fuel over tardy subsidy payments.

The oil sector accounts for 70 percent of government revenue but has been hit by the global fall in crude prices since mid-2014, weakening the naira currency and forcing up the cost of living.